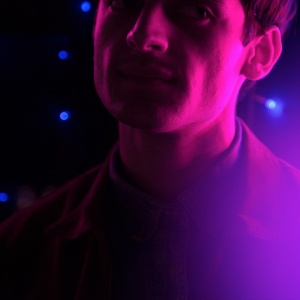 There’s a whole lot of tenderness and feeling packed into the words and music of LA based singer/songwriter, Dakota Blue.

Dakota Blue is a recent discovery for me, I was fortunate enough to came upon this emerging artist whilst browsing the pages of a blog called Killer Ponytail (also a new discovery).

The opening paragraph of Killer Ponytail’s review was something I could totally relate to when I first heard the music of this new and emerging artist and read as follows,

“Sometimes, this hectic life can become a drag. The hum-drum of work, relationships and whatever else you’ve got going on can pile up and begin to turn into a seemingly insurmountable sum of their parts. What’s needed at times like these is an escape. Something capable of casting a bit of perspective on things. What’s needed is an antidote.”

What is needed are the pensive musings of an artist who can create a sound that is both dreamy and wistful, someone who can tap into the minds of anybody wishing to escape to a better place.  If only for a few borrowed moments, Dakota Blue does just that.

There is a stillness to his sound, something that grounds and soothes, something that allows a momentary snippet of escapism and it is with this ability that Dakota Blue will leave you wanting more, it is very easy to become attached to his music.

With only two tracks released so far, debut single ‘Tennis At Dusk’ came out on 27th March this year and makes for a  superb introduction with its laid back, steady beat and all encompassing, insightful vocals; it’s not hard to hear echoes of Daniel Rossen amidst the music of Dakota Blue either.

Second single “After Dark” was released three days ago and is a song of searching, longing and the desire for someone who is always just ‘out of reach’.  It is a song of unrequited yearning, a tale of nocturnal roaming and the need to connect, the desire to breakdown a wall that,  ‘just like a force field’, ‘stood in the way’.  The hushed rhythm of this song encompasses a haunted melody where it is all too easy to emphasize with the lyric, ‘I think too much and it’s hard to sleep’…

I was lucky enough to get in touch with Dakota Blue and asked him a few questions, here is what he had to say: