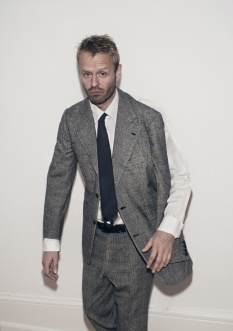 The music of Danish DJ and producer Peder came to my attention last month when I heard ‘Watch Me Burn’ play on a radio show.  Eager to get a copy of this song I immediately tried to purchase his latest album ‘Come With Me’ but had to wait until the 1st of this month for its release, but now I have got it!

No stranger to the music business, Peder’s career extends over two decades, taking a long and varied path.  Starting out as a scratch DJ and household remixer for the Beastie Boys, he then turned his hand to composing and has since had his work used for film and TV, including the great Breaking Bad.

Pedar has been releasing music as a solo artist for the last three years, creating what has been perfectly described as ‘dusty 50’s prom music.’  His latest album ‘Come With Me’ is now available and was released on April 1st in three different versions, including the original, an instrumental, and a guest-filled version, which includes Jonas Bjerre of Mew, Coco of Quadron, and Oh Land who sings on the song “Still Life.”

Today’s song is the track that first captivated me and drew me into the world of Peder.  Titled ‘Watch Me Burn,’ this version appears on the guest-filled album and features the vocals of Michael Simpson.  Listen above.