SONG OF THE DAY Goat – Try My Robe 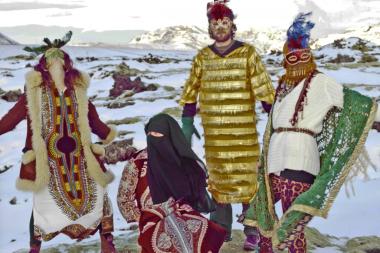 Sweden’s secret psych-rockers may have mysterious masked identities but one thing is for certain, their sound is unique and instantly detectable.

One mystery that has been unveiled, however, is the release date of third studio album, ‘Requiem’ which is due this October and has been described by the band as their “folk album.”

Releasing first single ‘I Sing In Silence’  in May this year, (see the LP’s blog post on the very funky accompanying B-side here), the band have just released new song ‘Try My Robe’  which, in all its vibrant and upbeat glory, should help keep you going until October. Listen above.

‘Requiem’ releases October 7 and can be pre-ordered from here.