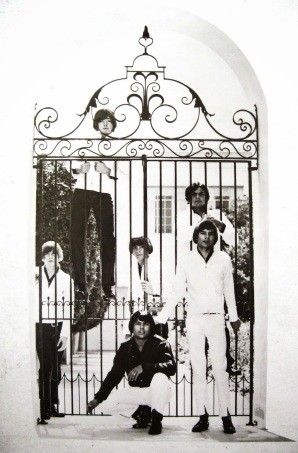 I’ve spent a lot of today digging out some great garage rock nuggets and out popped this little gem, I haven’t heard this track in a long time!

Californian band The Human Expression formed in 1966, deciding that their band name would be perfect given their love for all things mystic and otherworldly.

After rehearsing for six months the band secured a recording contract with LA’s Accent Records, releasing their demo as their first single with the B-side ‘Love at Psychedelic Velocity’ one of their best known recordings.

Their second single and today’s song is an ethereal psych-rock number called “Optical Sound,” a drug-infused track offering insights into the world of LSD (the title may refer to the synesthesia that is sometimes experienced by people on a LSD trip).

As a later reviewer noted: “In a different reality, they might’ve been a more mature and serious competitor to the Seeds, perhaps even succeeding at doing what the Doors did, only without the literary pretensions or personal excesses.”  Listen above.

1 Response to SONG OF THE DAY Human Expression – Optical Sound