SONG OF THE DAY Mauno – Burn This 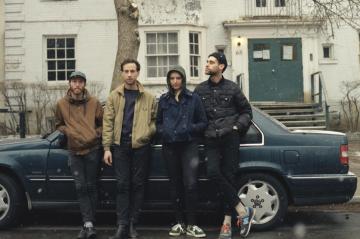 Formed in September 2014, Mauno – pronounced Mao-no are a four-piece from Halifax, Novia Scotia whose experimental sound is both vast and dreamy.  Likened to Grizzly Bear, Mauno’s music creates a similar sense of open space in which melodies and rhythms explore and roam freely.

The band’s title is named after bassist Eliza Niemi’s Finnish grandfather and their music has been described as having ‘a wandering sound that refuses to be pinned down’, and after listening to their most recent album, ‘Rough Master’, this description couldn’t be more spot on!  Throughout the diverse range of styles incorporated into ‘Rough Master’, the album experiments with twisting grunge-pop, piano ambience and string-infused melodies, but this exploratory streak could have something to do with the fact that Eliza has a background in classical cello and old R&B, while Nick boasts a record collection jammed with choral and folk!

Taken from ‘Rough Master’, which was released this September via UK’s Tin Angel Records, comes the mellow and undemanding sounds of ‘Burn This,’ a hazy dream of melodic, lightweight guitars, silky vocals and loose-fitting beats..perfect for a lazy Saturday.  Listen above and check out another great track, ‘Benny’ on my page here.