SONG OF THE DAY Savages – You’re My Chocolate 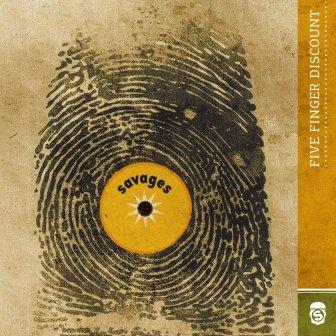 Talk about accidental and coincidental! I have literally just stumbled upon this track as I was listening to something else, which led to another song, which led me to a playlist and somehow I ended up here, you know how it goes..these random musical mystery tours are always the best!

The title, You’re My Chocolate couldn’t be more apt either really, not that I’m governed by the power or chocolate, but I have just got in from town after spending £8 on some posh Xmas sale chocolates…who wouldn’t! So yes, this chance discovery ties in nicely with my days events…not to that mention it’s really, really, really good!!

So here we are with a very velvety , smooth instrumental track from Nándor Kürtössy, aka Savages, a trip-hop/downtempo producer and DJ based in Budapest, Hungary.  According to the small bit of info I’ve found out there on him,  Kürtössy is also the director and owner of Mana Mana Records, a label focusing on mainly digital releases from Hungarian producers and bands: Sometimes easy, sometimes jazzy, sometimes exotica and always exciting!..this is their description on their Bandcamp page and it sounds pretty good to me!

Today’s track features on an album called Five Finger Discount which came out in 2008 and, from what I can gather, is fetching pretty big money even for the CD! As I type I’m giving it a listen and I have to say it’s rather good, easy to listen to and rather enjoyable (I’ve included the full album via Youtube below).  Listen to today’s song above.

I’ve also just found on Soundcloud that this album has been reissued by the Greek label, Melting Records and can be purchased on CD or download from here! Wohoo!!!!