SONG OF THE DAY The Doors – Take It As It Comes 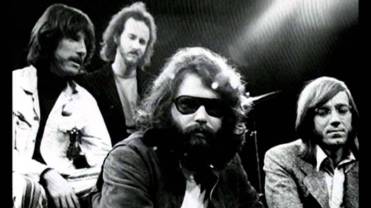 This year has flown and another birthday has found me, there’s no escaping it! So, to celebrate another year of ‘wisdom’, I am indulging in the glorious sounds of The Doors; I have loved them since I was 16 and I dare say will continue to do so for many more moons!

Today’s song features on their self titled album which came out on January 4th, 1967 and, according to an article I read once, Ray Manzarek described how his solo on this song was inspired by the works of Johann Sebastian Bach.

Another fact about this song is that it was written by Jim after he attended a meditation lecture and was dedicated to the Maharishi, a teacher of transcendental meditation.  In a book I have about the Doors songs, it states how,

Meditation didn’t have much appeal to Morrison, who at the time preferred the psychic challenges of hallucinogens and the intellectual comfort of books.  But after looking deeply into a meditation instructor’s eyes and deciding that the teacher had indeed achieved and enviable sense of contentment, Jim composed the Zen-like verses of ‘Take It As It Comes. ‘

Take It As It Comes is one of my favourite Doors songs,  I think of these lines often, you can’t go wrong repeating these as a mantra in you head….Listen above..