SONG OF THE DAY Big Mama Thornton – Ball And Chain 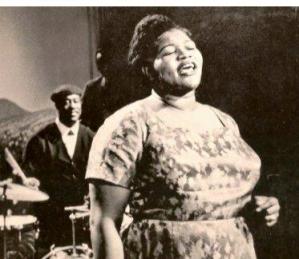 If ever there was a cover that did justice to the original, this is most well and truly it!  Janis Joplin’s powerful rendition of Ball And Chain (couldn’t resist including it, see below), is incredible, there’s no other way to describe it really…but it’s the original that I am featuring today..

Originally written and recorded by Big Mama Thornton in 1961, Ball And Chain wasn’t released until 1968 and although it was greatly popularised by Joplin (who frequently acknowledged Thornton’s musical influence), the original deserves massive kudos too, Thornton’s gutsy-blues vocals are equally as potent and her woeful 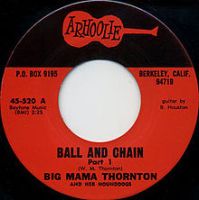 Here’s an interesting fact (that probably won’t surprise you): Big Mama Thornton’s Ball ‘n’ Chain is included in the Rock and Roll Hall of Fame list of the “500 Songs that Shaped Rock and Roll”