SONG OF THE DAY The Heliocentrics – Oh Brother 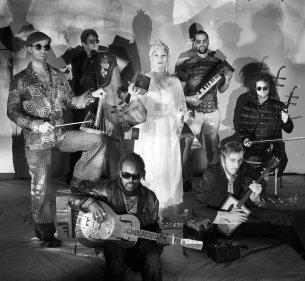 Best known for their eclectic blend of genre-defying instrumental compositions, The Heliocentrics are back with a new album!  A World Of Masks was released last Friday and sees is an album of firsts for the band, their first release with Soundway Records and their first LP with vocals!

Since first appearing over ten years ago on DJ Shadow’s album The Outsider the group have gone on to release a string of records that incorporate jazz, hip-hop, psych and krautrock, and have also collaborated with an array of artists from Mulatu Astake to Gaslamp Killer. 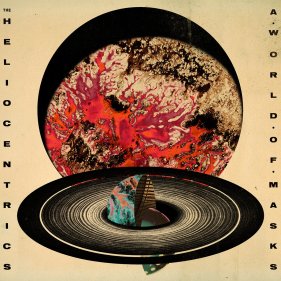 Operating out of their vintage analogue studio in East London called the Quatermass Sound Lab, the band’s new singer on album number four is a young Slovakian singer called Barbora Patkova.  Her striking and improvised vocals, which are often sang in Slovakian, can be heard in today’s song, Oh Brother.  This captivating and hypnotic track gives flight to soaring vocals that glide effortlessly over free-flowing drum grooves and snaky guitars, it’s a mesmerising listen! Check it out above.

A World Of Masks was released on May 26th via Soundway Records and can be ordered from here.