SONG OF THE DAY Run Child Run – Can’t Catch Me 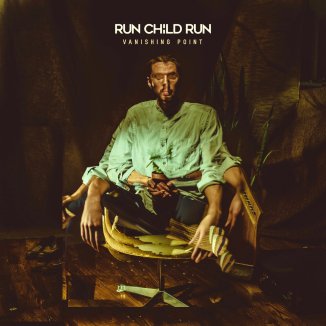 Ian Sims, aka Run Child Run, is a multi-instrumentalist and singer who, after spending the last five years exploring, developing and perfecting his own unique sound, is preparing to unveil his debut album.  During his own evolution process Ian Sims has also spent time collaborating with a diverse group of artists including Nicolas Jaar, Queen Elephantine, Dave Harrington, and Momo Ishiguro.

Influenced by the sounds of jazz, classical Indian music, trip-hop and minimalist structures, Run Child Run is inspired by artists such as John Coltrane, Miles Davis, Nikhil Banerjee and Bade Ghulam Ali Khan, Portishead and James Blake.  Due for release in January 2018 new album Vanishing Point is a product of numerous evocative late-night reflections presented by hypnotic vocals in a landscape of textured atmospheres, mesmerising beats and minimal organ.

In Run Child Run’s own words: “The music is primarily a process, a practice of self-discovery more concerned with approach than with outcome. It is a meditation, in which melodies and rhythms are explored through repetition until they find their simple resting place.”

First track Can’t Catch Me encapsulates this creative process perfectly, unfolding gradually and developing slowly, whilst all the time paying close attention to every hypnotic layer as intricate rhythms and repeating vocals enthrallingly entwine.  It would not be hard at all to lose yourself in this music, for this is the purpose of its design and the power in this process is definitely in the journey and not the final destination.  Listen above.