SONG OF THE DAY Tom Waits – Get Behind The Mule 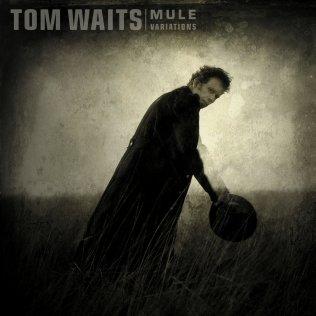 Tom Waits explained in his press material for his 1999 album Mule Variations that Get Behind the Mule is a reference to Robert Johnson’s father and what he once said about his son which was, ”Trouble with Robert is he wouldn’t get behind the mule in the morning and plow.”  Tom Waits elaborated upon this by describing how “that was the life that was there for him. To be a sharecropper. But he ran off to Maxxwell Street and all over Texas. He wasn’t going to stick around. Get behind the mule can be whatever you want it to mean. We all have to get up in the morning and go to work.”

Simmering country blues at its finest, Mule Variations was Waits’ twelfth studio album and was released in April 1999 via Anti-Records.  Co-produced by his songwriting partner and wife, Kathleen Brennen, the album’s Get Behind The Mule track is also said to be inspired by something Brennen often says about her husband:  “I didn’t marry a man. I married a mule.  And I’ve been going through a lot of changes.  That’s where Mule Variations came from.”  Check out the track above.