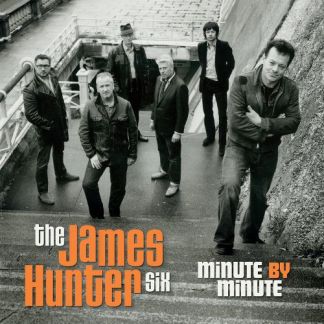 James Hunter was born about an hour away from The Listening Post’s headquarters in Essex, UK but has travelled far ever since his music career began in 1986.

The r&b singer-songwriter started out playing with a band called “Howlin’ Wilf and the Vee-Jays,” recording several albums throughout the 90’s whilst playing across numerous clubs in London.

Today’s song is one of my favourites (thought there are many!!) and appears on his 2013 album, Minute by Minute.  The record was written as an acknowledgement and thank you to the members of Hunter’s band, Lee Badau (baritone saxophone), Damian Hand (tenor saxophone), Kyle Koehler (organ), Jonathan Lee (drums) and Jason Wilson (double bass) who have been playing alongside Hunter for over 20 years.  The self-written album, produced and engineered by Daptone co-founder Gabriel Roth, also marked the first time the Essex songwriter had recorded in America.  James Hunter’s musical loves and influences are evident throughout this record, with hints of Sam Cooke, Jackie Wilson, Bobby Bland, the Five Royals and Graham Bond echoing out from this authentic mix. And whilst “Hunter knows it’s impossible to emulate his idols, but he can and does reveal how much their influence means to him as a modern musician.”

Heartbreak is so tender and heartfelt, delivered with gravelly, passionate vocals, nifty percussion, punctuated horns and a laid back melody..Check it out above and watch a superb live performance of the track below: