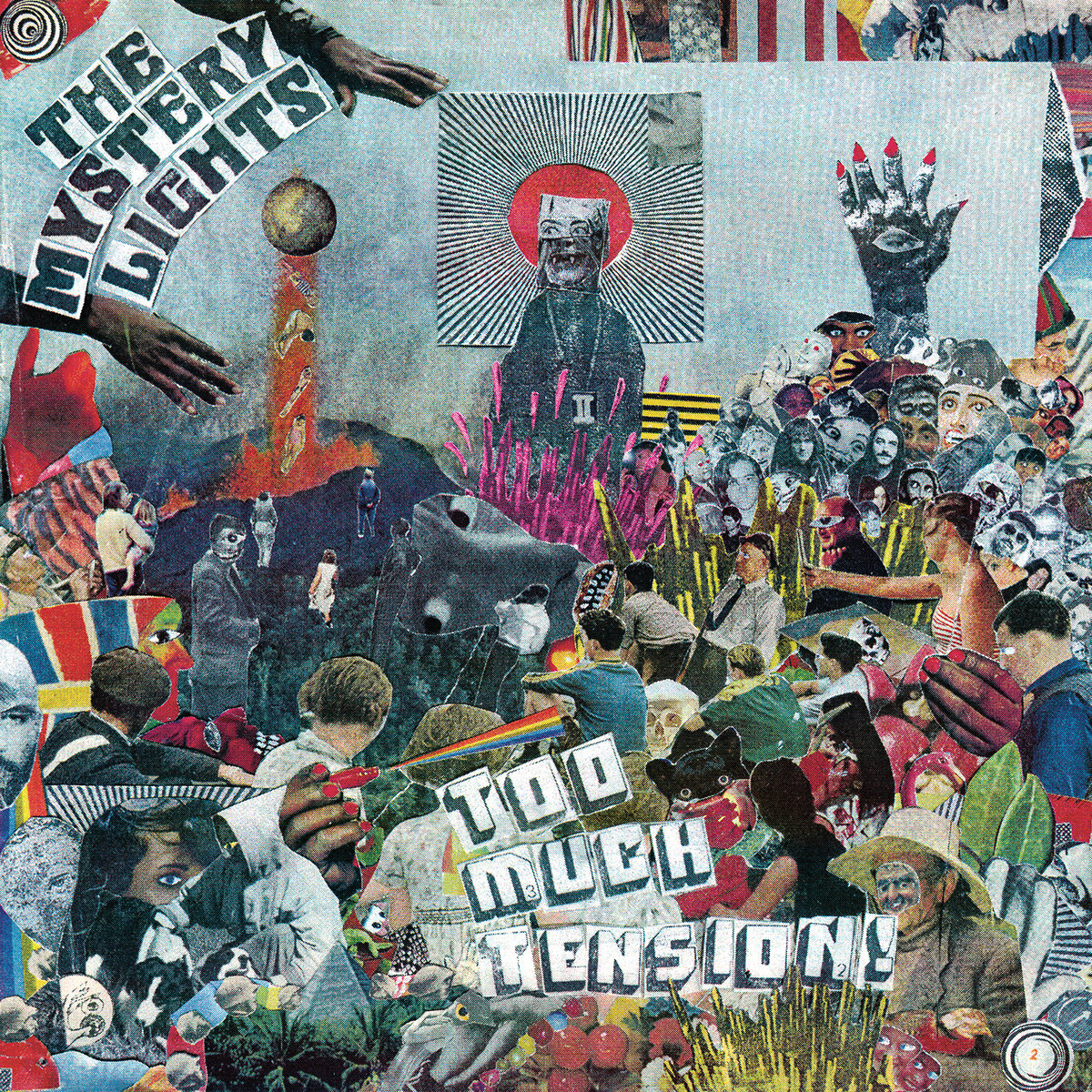 It fills me with great joy and excitement to share this new track from Brooklyn’s finest psych-fuelled rockets, The Mystery Lights! Announcing their new album earlier this month, Too Much Tension is to be the bands second offering and is to be released this May via Daptone’s rock subsidiary, Wick Records.

The record finds the group digging deeper into their well of eclectic influences, enriching their sound without echoing the past. As described by Wick Records the LP “mixes the eerie, insistent synth sounds of groups like The Normal and Suicide, the energy and swagger of punk’s golden age, the pop sensibility of The Kinks, and the stark, deliberate execution of Television. The Mystery Lights are taking their idiosyncratic brand of rock and roll to dizzying new heights”.

Sharing their first track from the upcoming album, Someone Else is in Control packs a lot into its short 1:52 minutes.  Kicking off with the crisp roll of a snare, an edgy bass line quickly marches in and sets a tense pace throughout.  The song tackles the uneasiness of a directionless mind that is wrestling with an inner darkness and the emptiness it brings.  Observing how our own inner conflicts often obscure our way, feelings of being lost and powerless often prevail as the opening lines describe,  “I’ve searched for so long looking for the sun/I’ve come face to face with the barrel of this gun/The child is a stranger/The child is my soul/Searching for something to fill in this hole.  This void often leads to anxiety and depression, fuelled by debilitating fear, unable to move forward with clarity, plagued by the feeling that “someone else is in control”  It’s a powerful song, makes you think and offers solace to those who can relate.

Check it out above and listen to more from the  Mystery Lights on my blog pages here.

Due on 9th May, Too Much Tension can be pre-ordered from here.