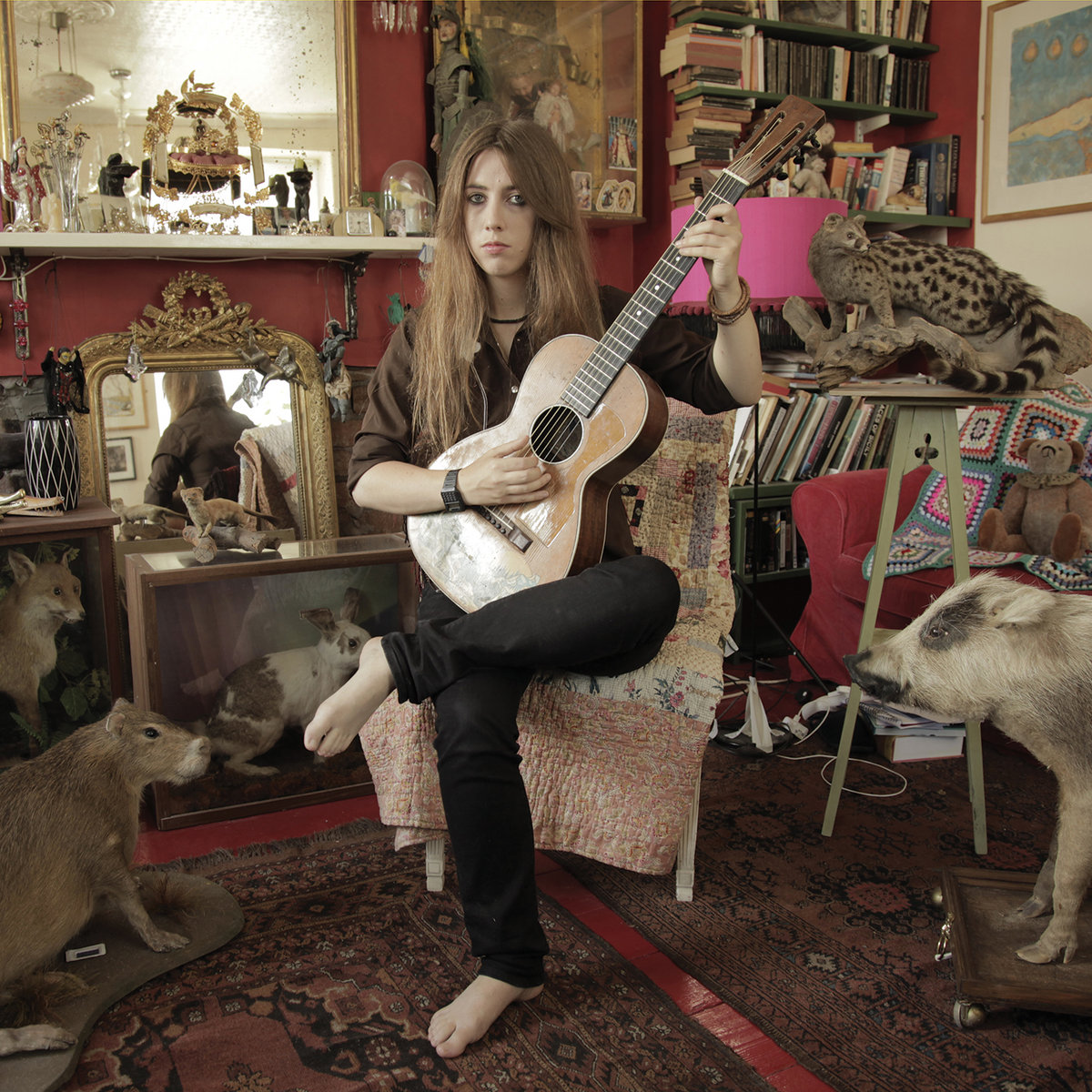 It’s funny to think how this bewitching young artist, now proficient on many an instrument with a focus on blues, folk and John Fahey’s late 50’s American Primitive guitar, was originally inspired by punk and grunge.  At only eight years old Gwenifer Raymond was so influenced by this sound that she started learning the guitar.

Hailing from Wales but now residing in Brighton, Raymond started out playing around the Welsh valleys in various rock bands.  After years of playing in various punk outfits she began listening more to pre-war blues musicians as well as Appalachian folk players and it was this that eventually got her into the guitar players of the American Primitive genre.

She has since been playing her own moody and, at times, manic original American Primitive styled compositions on guitar and banjo around the UK and the US.  Signed to San Francisco’s Tompkins Square, her debut 7″was released last summer which was then closely followed by her debut album You Were Never Much of a Dancer.

Idumea is one of the stunning tracks from Raymond’s debut record and an extract from an article I read of the song explains its roots perfectly by stating how, “Its intricate folk melody is Welsh and Celtic in style but American Old West in practice. The rhythmic patterns mimic the swift dynamics of a fiddle with a country twang. Western music was originally influenced by traditional folk music from England, Wales, Scotland, and Ireland; Raymond’s seamless crossover grows from these historically intersecting roots”.

Two and a half minutes of magic, this is the only way I can describe this track! Captivating and truly spellbinding, the intricacy of each layer and elongated twang is bewitching, each tone resonating like some sonic incantation…beautiful! Listen above and check out/purchase the rest of the album from here.