SONG OF THE DAY Karl Hector & the Malcouns – Mother Seletta 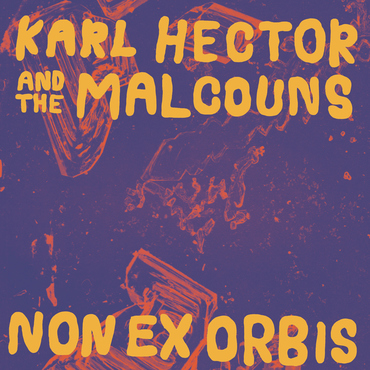 Founded in the early 2000’s by Thomas Myland, Zdenko Curlija and German Producer and guitarist JJ Whitefield (aka Mr Hector), Karl Hector & The Malcouns and are a collective of musicians inspired by the musics of Eastern and Northern Africa alongside Western psychedelia, jazz and funk.

Over ten years have passed since Karl Hector and the Malcouns’ Sahara Swing saw release on Now-Again in 2008, but on the 29th of this month the band will be releasing their third studio album, Non Ex Orbis.  Digging deeper into the Krautrock history embedded deep in the soil of their native Munch, the record draws inspiration from three of the most influential bands of the 1970’s experimental German rock scene emerging from there: Amon Düül, Popol Vuh and Embryo. Of the record Whitfield states, “We’re drawing from an established musical vocabulary which was popular at a time in Germany, when underground musical culture had its creative peak.”

Influenced by these musicians, Whitefield shapes a sound that adopts the experimental approach of the classic Krautrock era and slides between beat-heavy drone and spacey, prog-rock suites.  Heavy funk-drenched first single Mother Seletta packs a whole lot of groove in its three and a half minutes.  Expanding into waves of heavy improvised keys and dramatic rhythms the song is explosive and dynamic, contrasted only by the coolness of Marja Burchard’s (daughter of Embryo mastermind Christian Burchard) other-worldly vocals. Listen above.