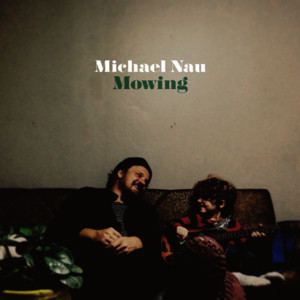 A native of Maryland, singer-songwriter and multi-instrumentalist Michael Naucrafts, a.k.a Michael Nau, formed his first band in Baltimore in 2004.

Encompassing all those fortunate to have discover him with his reflective indie/folk psych sounds,  Nau was also known for leading projects like Page France and Cotton Jones in the mid 2000’s to early 2010’s. In 2016 he began recording alone under his own name, releasing his first solo album, Mowing, through London’s Full Time Hobby.

The record was written whilst on the road (which could explain its vast, dusty and wistful feel), with tracks penned from Burlington, Vermont to Connecticut, to a back porch in Nashville, and others back in the tiny Appalachian city of Cumberland, Maryland, USA, which Michael Nau currently calls home.

With backing vocals care of Michael’s wife and band mate Whitney McGraw, lead single Love Survive has an exceptionally radiant feel to it.  Reassuring and gentle in its delivery, the glistening tinkling piano feels like warms shafts of sunshine heating the skin from the inside out, whilst Nau’s encouraging vocals declare ‘this is my thankful song/for all that has been and gone/for the spirit of the eternal drum/this is my thankful song’.  This song feels like a little musical hug which is particularly welcomed today!

Listen above and watch a live performance of the song below.

1 Response to SONG OF THE DAY Michael Nau – Love Survive