Throughout the late 60’s/early 70’s when afrobeat and highlife was a staple part of the African music scene, something different was emerging and bubbling away under the surface.

Now known as Zamrock, this brand new genre of music emerged in Zambia in the 1970’s and is the product of the combined sounds of traditional African music with psych-rock and funk.  What a gorgeous fusion!!!  With the rawness of Jimi Hendrix and James Brown, the heavy riff-based melodies of bands such as Black Sabbath, the Rolling Stones, Deep Purple and Cream, Zamrock had a wealth of influences to draw upon.  Couple this with traditional African rhythms and out came this new breed of sound-beast! 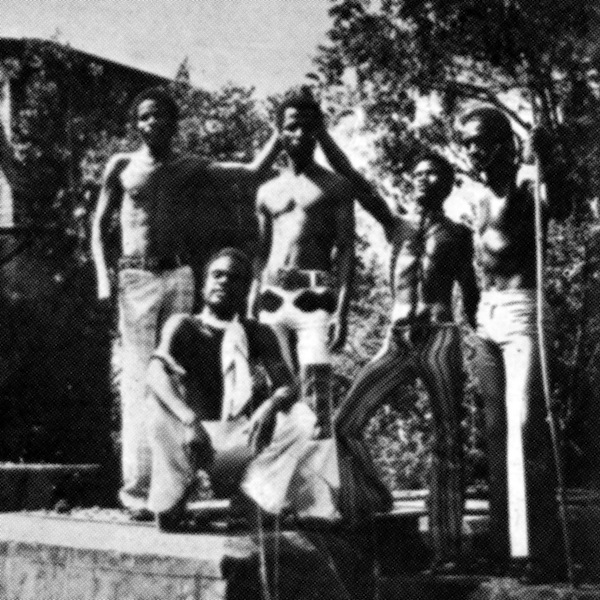 One of the pioneering Zamrock bands of this era was Amanaz (the band’s name is the acronym of “Ask Me About Nice Artistes In Zambia”).  Founded in 1973 in Kitwe, Zambia, this five-piece sadly made only one album, but this record is considered to be one of the better examples of the genre’s style.  Released n 1975, Africa was to be the band’s sole release, but many who know it would agree that it was both behind and ahead of its era.  With its fuzztone, buzzing riffs it could easily be placed in 1969, whilst its grasp on this new genre made strong paths for others to follow.

Re-issued in 2015 by the great Now-Again Records, this album is worth checking out if you are a fan of organic deep grooves, acid-rock and psych-funk.  It’s guitar riffs are rich and heavy, though not overly indulgent, the rhythms are vibrantly diverse and the rawness is reminiscent of the lofi garage-psych sounds of the 60’s.  Check out the slinky sounds of Easy Street above and do check out the rest of their mighty fine album here.

2 Responses to SONG OF THE DAY Amanaz – Easy Street