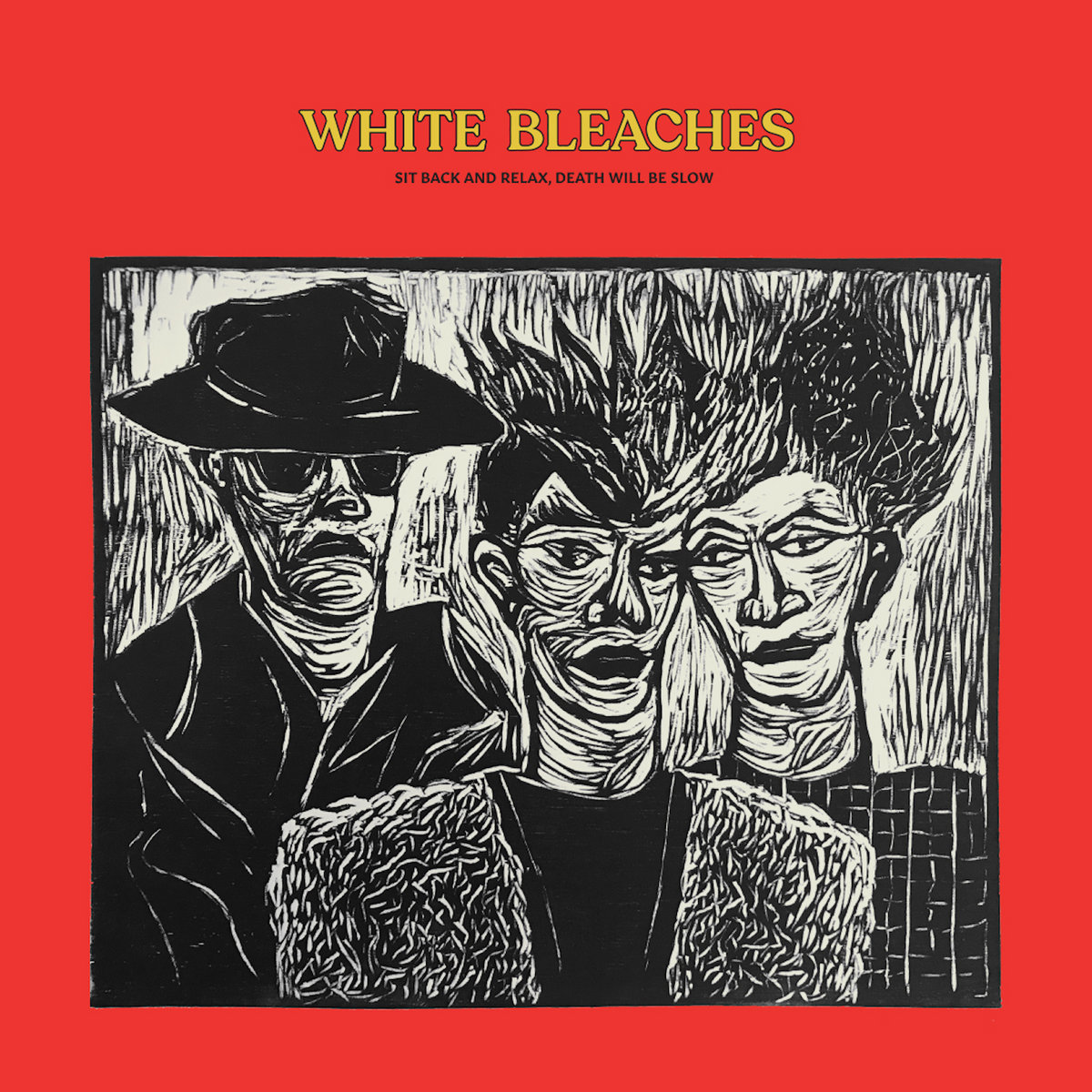 When a song relentlessly hunts you down with a killer bass line and stomping beat, it’s hard to avoid the imminent onslaught….just as well the White Bleaches’ new single packs the kind of pleasure-pain punch you won’t mind being on the receiving end of!

Armed with an authentic garage rock sound and hailing from the coastal town of Torquay in Australia, this psychedelic four-piece came together in 2015.  Since then their experimental voyage has taken them far and along their travels they have been known to perform alongside the likes of Twin Peaks, Green Buzzard and King Gizzard and the Lizard Wizard!!

Next month the band are to release Sit Back And Relax, Death Will Be Slow, their debut album that already promises to be every bit as harrowing as the title suggests.  Taken from the upcoming record is latest single Killing Sheep, a track that cuts to the chase and hits the ground running right from the onset.  It’s a punchy, troubled and hypnotic garage-punk romp where subdued lyrics exclaim, I’ve been dreaming/I’ve been dying/I’ve been going insane/The roadrunner’s coming up behind me/been chasing me all day…….Check it out above, watch the video below and pre-order your copy of their upcoming album (due 13.9.19) from here.

The Listening Post Blog - A place to discover new sounds, where the music speaks for itself..
View all posts by The Listening Post Blog →
This entry was posted in Alternative Rock, Australia, Garage Rock, psych rock, Psychedelic and tagged Australia, Garage Rock, psych rock, Psychedelic. Bookmark the permalink.