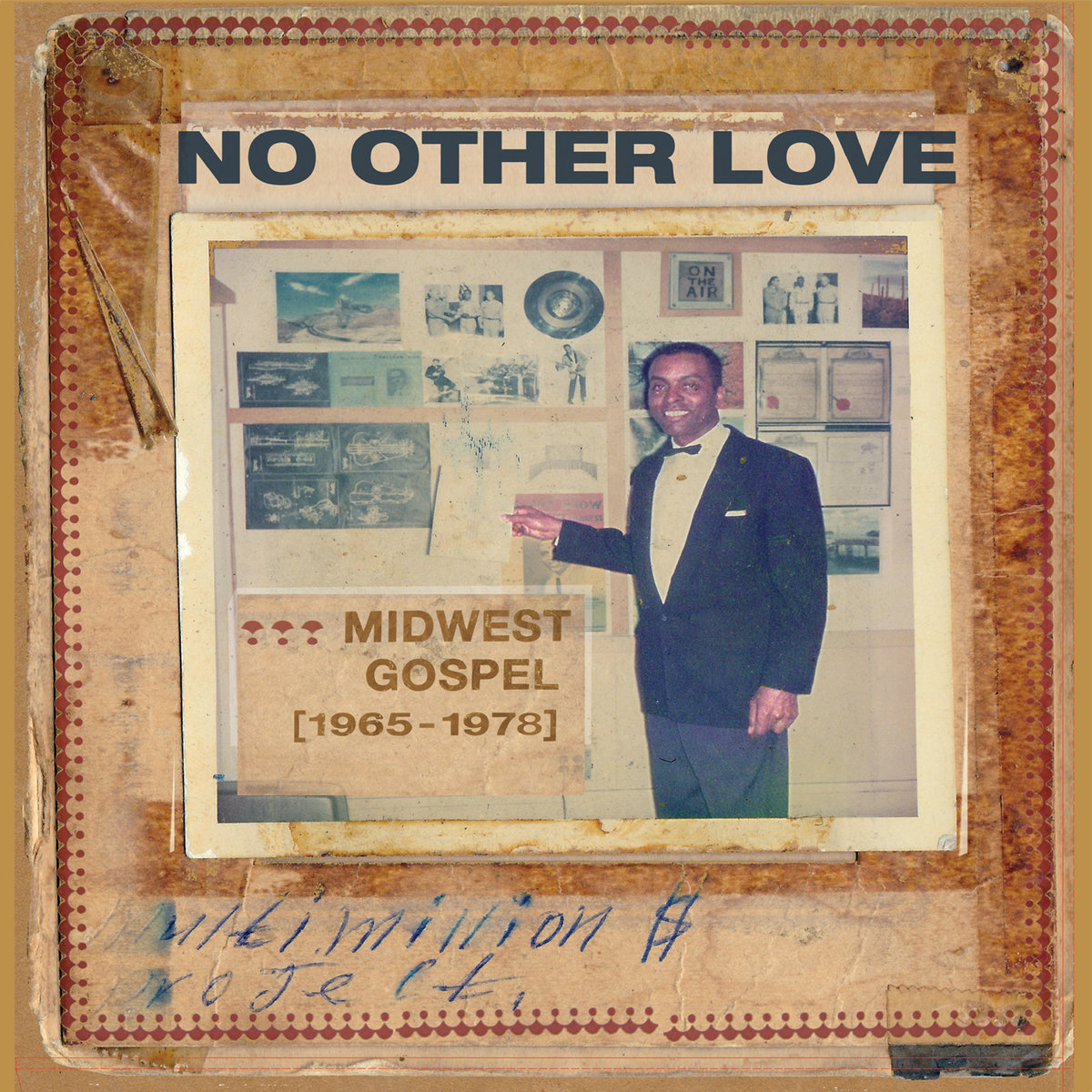 “No Other Love is a singular, impressionistic journey into music that expresses faith, despair and exuberance. It is also a profound exploration of the very meaning of hope..”

Early next month, San Francisco’s Tompkins Square are releasing a compilation entitled “No Other Love : Midwest Gospel (1965​-​1978)”.  Packed with 14 highly collectable tracks, the album is not just a collection of songs, but a selection of hand-picked rarities lovingly sourced from the most obscure locations; almost forgotten as they were nearly lost forever.

This collection of rare black gospel from the Midwest features church congregations, basement recordings sessions, family bands and children’s choirs and, as the liner notes explain, “were drawn together by two threads. The first—hope—which holds fast and unchanging, even in the most trying of circumstances. The second—circumstance—the way these recordings fell into the hands of producer, Ramona Stout, in Chicago at the dawn of the Obama era, when she had just about lost hope in her American Dream.Over the course of five years (2006-2011) of vinyl hustling in Chicago’s South and West Sides, these 45s came into Ramona’s hands.”

Sourced from exceedingly rare 45’s, many of which were vanity pressings of less than 100 copies and all of the tracks found on this collection appear for the first time since their original release!!!

Ahead of its release Tomkin’s Square have shared a song from this forthcoming entitled Journey.  Written and performed by Joanne & Sonny, if this track is anything like the others, man we are in for a treat!!  If passion could fuel a rocket this track would blast me to the moon with all the feeling and power it packs; this is one stirring lament with golden vocals as hot as the sun’s rays!  Check it out above and pre-order your copy of No Other Love from here.

In Ramona Stout’s notes she had this to say of the track:

“It is likely that Sonny was Sonny Mitchell (whose name appears on other PEACE sides as a producer, director and bass player), who was a member of the Highway QC’s (from 1950 until the early 60’s, after Sam Cooke had left the group for the Soul Stirrers). Joanne, however, is a mystery.”