SONG OF THE DAY The Fall – Your Heart Out 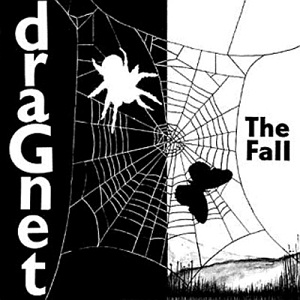 Released less than eight months after their 1979 debut, the Fall released second album, Dragnet through the UK-based punk subsidiary label, Step-Forward Records ( a label set up in the 70’s and 80’s by Miles Copeland and Sniffin’ Glue founders, Harry T. Murlowski and Mark Perry).

This was to be the Fall’s final album for the Step-Forward label before they signed to Rough Trade Records in 1980 and, unlike its predecessor, Live at the Witch Trials, the record has been described by Marc Riley (the only other original member from previous album) as being notably more organic and lo-fi, boasting a contrast to the sharp, clean sound of their first release.

Often self-referencing lyrically, the album contains several songs referencing the music industry and at least two  of these tracks, Printhead and today’s song, Your Heart Out, quote or paraphrase reviews of the band’s live shows.  (Printhead even verifies this fact within its own lyrics.)  Its a great record and I do like the muddier sound it possesses!  Dragnet would be the Fall’s final album for Miles Copeland III’s Step-Forward label; the band signed with Rough Trade Records in early 1980.  It was hard to pick a winner from this as I do love the whole album, especially Psykick Dancehall ,but Your Heart Out does have some more refined vocals from Mark E. Smith and I do like a bit of that! Check it out above.