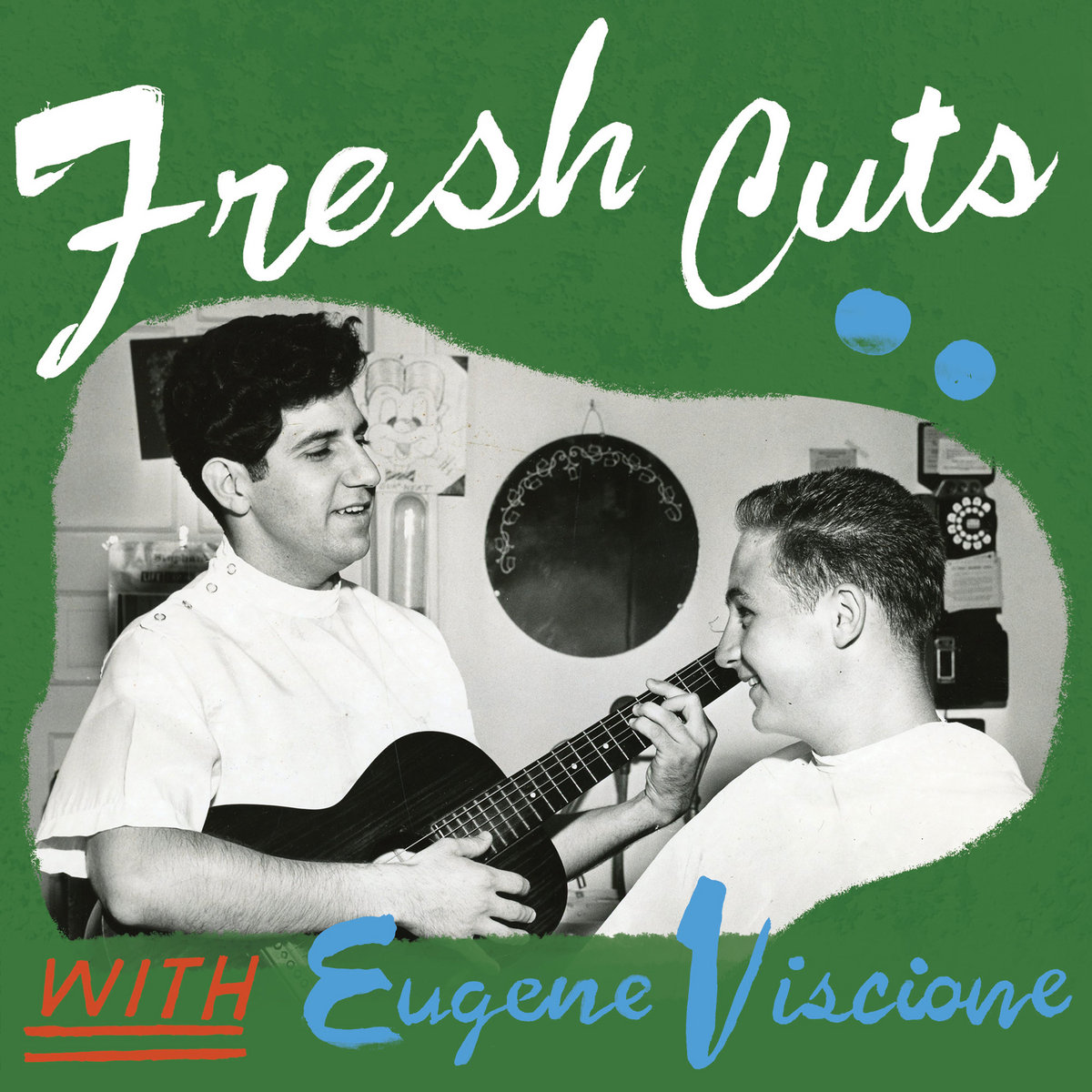 Known as “a supernova of strange ideas” Eugene Viscione wasn’t afraid to explore and carry out each and every one of them!!

Some called him the “mad genius of New Jersey” and its no wonder really, he was accomplished in a multitude of skills including: barbering, singing, songwriting, producing music, record hop host, author, movie producer, being the founder of a dozen publishing companies, owning an extraordinary range of copyrights, being an inventor who created things like Extension Lips, Tickle Fingers, and Mad Charles….and he was also a record label owner (& produced moody garage bands, country loners, & subversive teeners!).  Impressive right? I mean, to succeed in any one of those things from that list would be enough, but this man’s talents and creativity seemingly knew no bounds!

Needless to say his music was just as impressive and varied! Dynamic and eclectic his sound explored the realms of garage rock, psych folk, r’n’b and doo-wop; but there was a lot going on in between!

Last year The Numero Group released Fresh Cuts, a 20-track offering exploring the wide-ranging sounds of Eugene Viscione.  I’ve only just started delving into this collection but what I already love is that some of these tracks are demo cuts and whilst they are rough and raw, they are as polished as they ever need to be! Some songs are pleasant; take Love in the Sun for example! Oozing sunshine and good feeling from every chord, the vocals flourish under a rapid beat and shiny melody.  In contrast we have today’s song, Turned Killer!  It’s like a wolf in sheep’s clothing with its ballad-type structure, Orbison-sounding vocals and soft-coaxing melody…but it’s song about a killer getting killed and as the chords turn from soft to strange, it develops a discernible edge as something dark lurks within this bright melody.  I love this song!!

Fresh Cuts explores recordings from Eugene Viscione’s NJ stripmall studio (that doubled as a barber shop) and with this record comes a wealth of information about this artist – some of which i have copied in below..the rest you can read on the album’s Bandcamp page, here.

“Inspired by a friend who gave him a Spanish guitar, he started writing songs in 1957, and organised a seven-piece band, the Encores, to perform his material in ’59. Only two months after “Wacky and Quacky” hit turntables, the Encores released the dreamy ballad “Love’s Encore” b/w “Fading Winds,” on Viscione’s own WGW label, followed in 1962 by the lovely “Rita My Teenage Bride,” which became a local hit. “He had a voice like Dean Martin,” said his daughter Lorraine Zdeb. “And when he went to get his record out there, it was like, well, I’m sorry, we already have a Dean Martin.”

Working days as a barber and pursuing music at night, Viscione’s unusual gravity attracted a truly stupendous number of bands. As he wrote in his autobiography: “I produced over 500 groups and artists…. garage bands, doo-wop, folk, pop, Western, etc.” An extremely abridged list of groups includes the Contessas, the Werp’s, the Reminiscents, the Inn Crowd, the Apostles, the Time Masheen, Kar Simone, the Jagged Edge, and many more…..”

There are plenty of great songs to explore on Fresh Cuts!!  Check out Turned Killer above, read more below and listen to the whole album here – May I recommend a few songs from the record to be getting on with…Evil Soul, Shades of Blue,  Wounds Heal and Birds Fly Free, Thank You For Being My Girl

1 Response to SONG OF THE DAY Eugene Viscione – Turned Killer