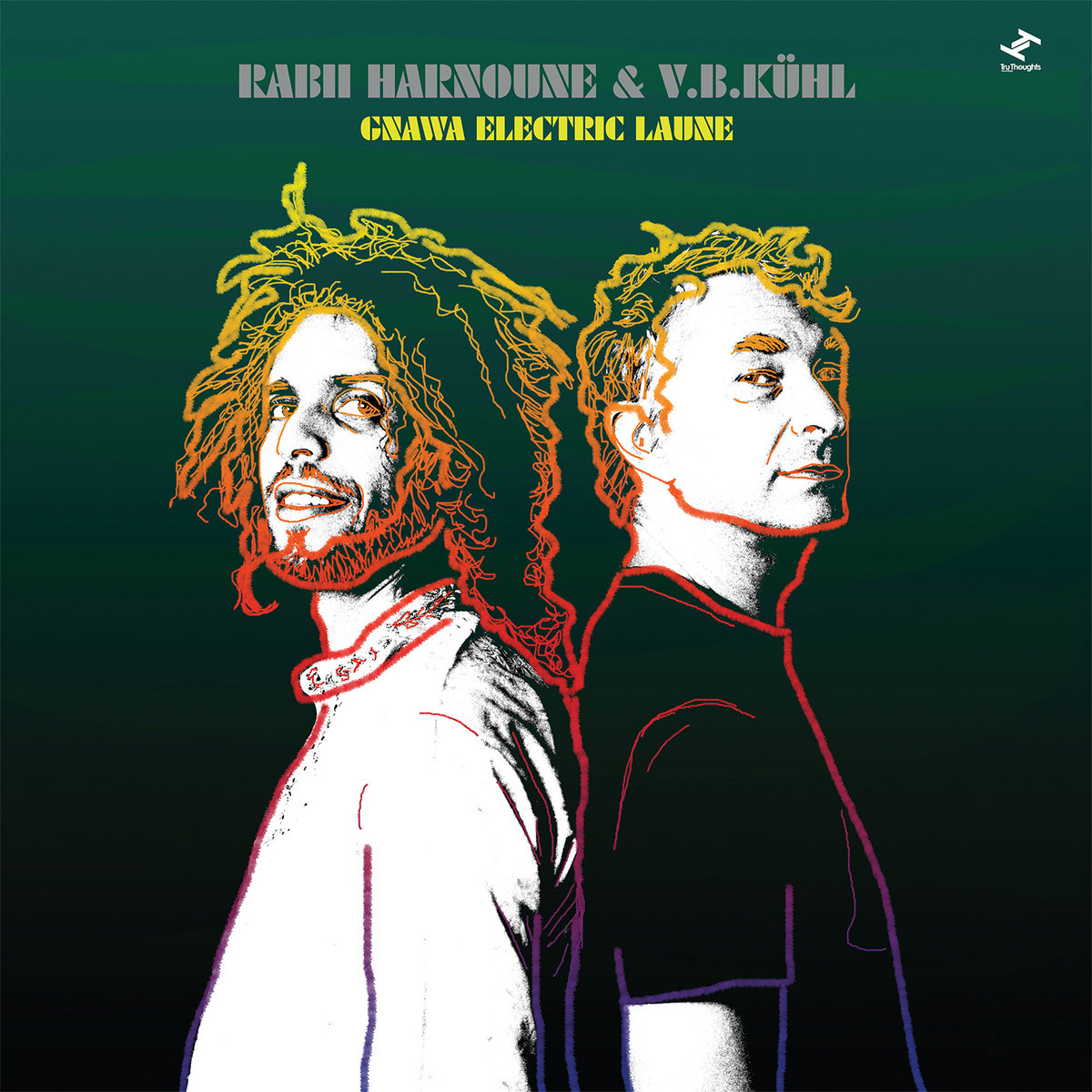 The desire for their debut record was to construct a passage that would connect old sounds to the the new, extending from Africa to Europe and from to person to person.  This cross-cultural fusion not only succeeds in entwining these old and modern realms together, but seamlessly marries the sounds of North African Gnawa music with modern club sounds.  Not only has this duo managed to seamlessly entwine such seemingly contrasting styles, but they have the got the balance just perfect! The beats are charmingly subtle, integrating electronic rhythms with traditional percussion, melodies are vibrantly authentic and the vocals are uplifting and often hypnotic!

Gnawa music is among Morocco’s richest and oldest continuous traditions, dating back to pre-Islam. Rabii Harnoune’s mastery at the Guembri, a three-string lute, and Gnawa singing (a central aspect to the culture), has seen him play at world-class festivals in Essaouira, Fes, Marrakesh, and Casablanca – all spiritual centres for the genre.

V.B.Kühl realised his own musical vision and ambition when he inherited his first ghettoblaster (boombox) and bought a four-track recorder: “rhythm is deep in me, and although music is not my profession, the passion never stopped”.  V.B.Kühl caught the attention of DJ Shadow with two stellar remixes, which would later lead to commissioned remixes by Tru Thoughts for acts such as Anchorsong and Lakuta. V.B.Kühl and album co-producer Achim Sauer founded t&TT together, a DIY label that was used as a vehicle to release both artist solo projects.

GNAWA ELECTRIC LAUNE is an exceedingly inspiriting listen and today’s song, Sowiyi, demonstrates their work perfectly! Check it out above and you like what you hear you can listen/purchase the whole album from here.