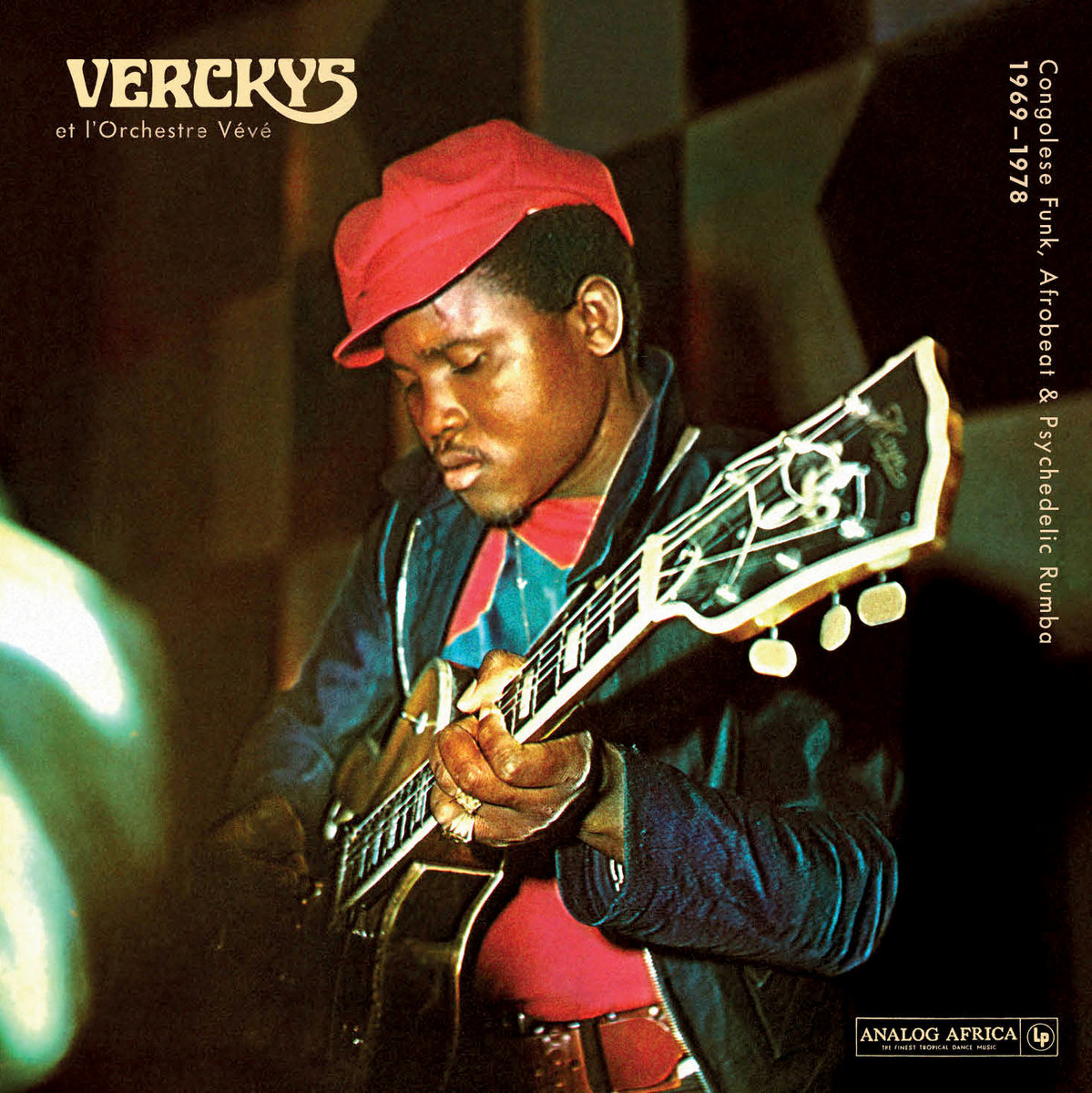 Continuing on this weeks global  afrobeat/jazz trend, today I bring you some fine Congolese afrofunk courtesy of Verckys and his orchestra.  Born in Kisantu, Bas-Congo, Georges Kiamuangana Matet (a.k.a Verkys) was dubbed “Mister Dynamite” by James Brown after seeing him perform in Kinshasa in 1974!  This artist was so driven and passionate by music that not only was he a funk pioneer, but a label owner who had his own pressing plant!!

Naming himself after the American sax player, King Curtis ( when he first heard the name “Curtis”, he misheard it as “Verckys”), this dynamic artist started out in 1962 as part of OK Jazz.  This union was short-lived, however, as Verckys (now a strong multi instrumentalist) had plans of his own – and so followed the formation of Orchestre Vévé in 1968!  His vision with his new band was to reinvent and modernise the Congolese sound and by fusing the influence of James Brown together with a much more dance orientated approach, Verckys pushed forward a new groove-laden layer to his contemporary sound!

His label, Editions Veve International, started up around 1970 and through this Verckys would release his own productions. Soon after a studio was built and from here Verckys started recording a selection of young, urban artists – who, pretty much overnight, shot to fame, bringing great wealth to this original musical entrepreneur! ….so if his music isn’t enough to impress, his production and recording/pressing skills most surely will!!

Orchestre Vévé’s popularity poured across borders and in 1974 the band travelled to Kenya for a 2 month tour. Bassala Hot, Talali Talala and today’s song, Cheka Sana were some of the tracks recorded in Nairobi for the Kenyan market!  These songs became available to the ears of the world for the very first time six years ago when Analog Africa issued an album entitled “Congolese Funk, Afrobeat & Psychedelic Rumba 1969​-​1978.”  Unleashed here are fourteen tropical afrobeat/jazz tracks, with a hearty scattering of some raw, funk corkers sizzling away in there too! Cheka Sana is just one of those beauties!! Listen above.