SONG OF THE DAY The Wytches – Meat Chuck 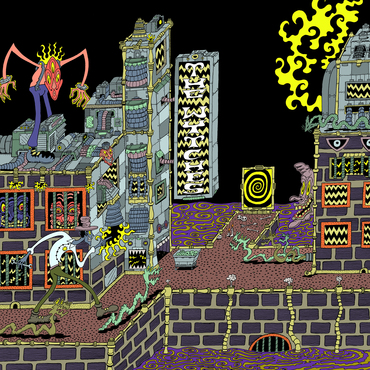 It’s been four long years since the Wytches released their last album, All Your Happy Life, and after a lot of time contemplating where the band were headed, I am so glad to see that the Brighton 3-piece have decided to keep going.  With new album Three Mile Ditch due this October, The Wytches have just released the third single from this record and I have to say how good it is to hear my favourite side to their sound coming out in this song! Meat Chuck is menacing and far heavier than the first two singles; this is the sound I love!

They recorded the LP with Luke Oldfield at Tile House Studios and lead vocalist Kristian Bell explained how, “This is the first thing that I’ve ever been proud of for longer than a week.”

Not only does their new record mark their decision to return to music, it also indicates a shift in attitude as Bell also explains how, “I had it in my head that this kind of thing only really happens once and to try it again might be a big waste of time. We had an album’s worth of songs that was some of our best material. The mission became to complete a Wytches album rather than get The Wytches back on the touring circuit. This album helped us make the decision to try it again.”  He also added how, “Early on a few negative comments would be enough for me to disassociate from my own work. But you grow up and you mature. I never felt like I could stand behind what I was doing all that much but with this album I really can.”

Meat Chuck follows previous singles, A Love You’ll Never Know and Cowboy and possesses that certain unhinged something that I so love about the heavier side to their sound.  It’s a savage beast that bites and claws at you!  Speaking of the new song, Kristian Bell has said, “‘Meat Chuck’ was the first heavy song I attempted to write for a long time. It came after a big old binge of Captain Beefheart. For a while I was only interested in writing acoustic stuff but I started to get a bit fed up with that and wanted to write something completely different.”  Check it out above.

Three Mile Ditch is due for release on 2 October via their own label, Cable Code Records! Pre-order yourself a copy from here.