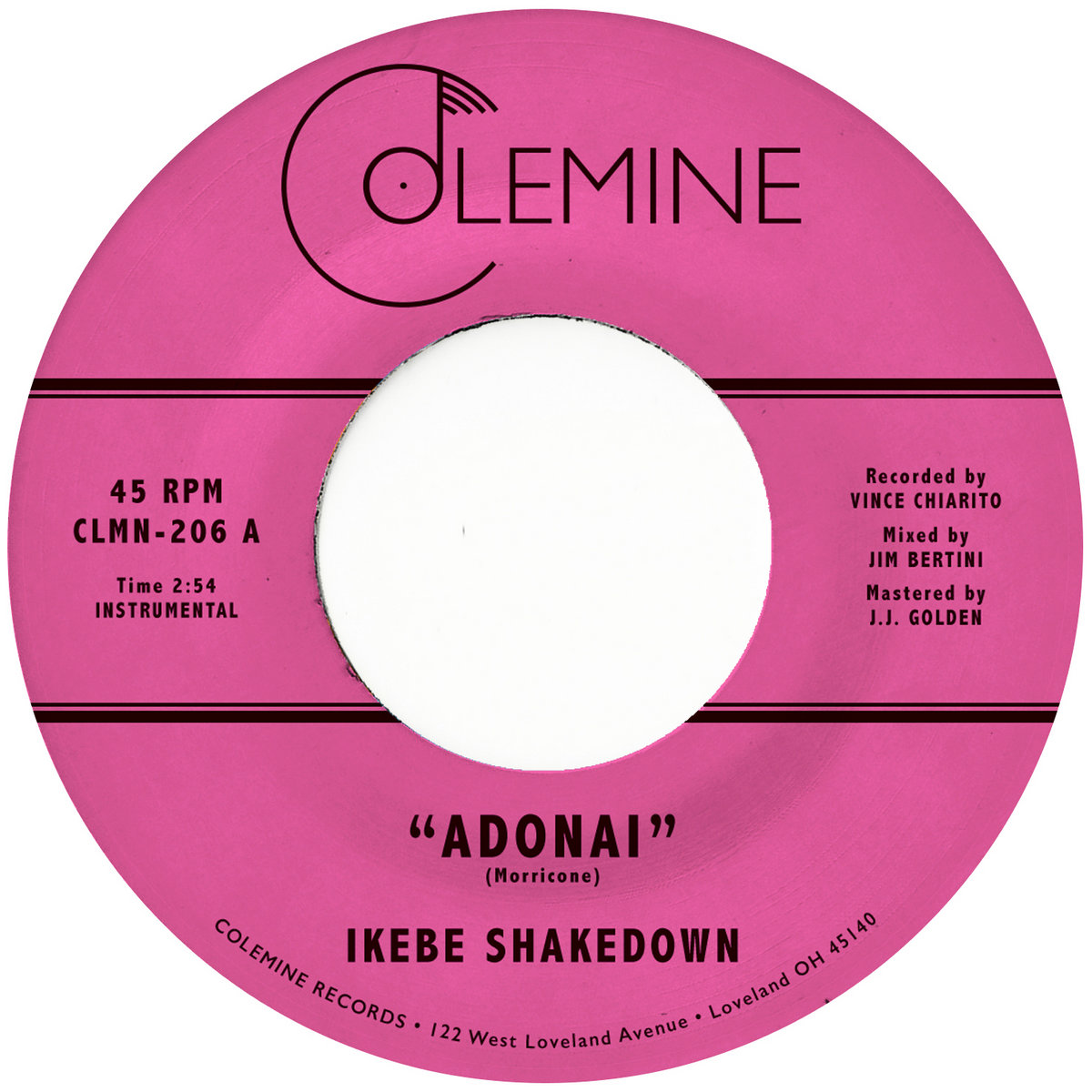 One of the last two cuts to appear as part of Colemine Records’ ‘Brighter Days Ahead’ series of weekly singles is new Ikebe Shakedown single, Adonai.  Ennio Morricone provided a huge amount of inspiration to Ikebe Shakedown so this piece was a pleasure for the band!  The track is a cover of an Ennio Morricone piece originally composed for Silvano Agosti’s 1967 flick Il Giardino delle Delizie (a.k.a The Garden of Delights) and as such is also the band’s tribute one of their great musical inspirations, who died earlier this year.

Despite the fact that the film was an existential flick based around a man’s ruminations over marriage and childhood, Morricone still managed to get at least as much drama and energy into his original Adonai as a track for a – say – a spaghetti western about multiple bounty hunters all trying to get the drop on one another. None of this energy has been lost on the Ikebe version which employs similar guitar and keys to the original while replacing Morricone’s trademark use of human voice as a melodic and rhythm instrument with horns.  This version has captured the energy and atmosphere of the original, adapting the instrumentation to fit the key elements perfectly; thus making this rendition a highly charged dynamic, dramatic and authentic piece in its own right! Adonai is out now and can be purchased from here – Check it out above and listen to the original below.

1 Response to SONG OF THE DAY Ikebe Shakedown – Adonai