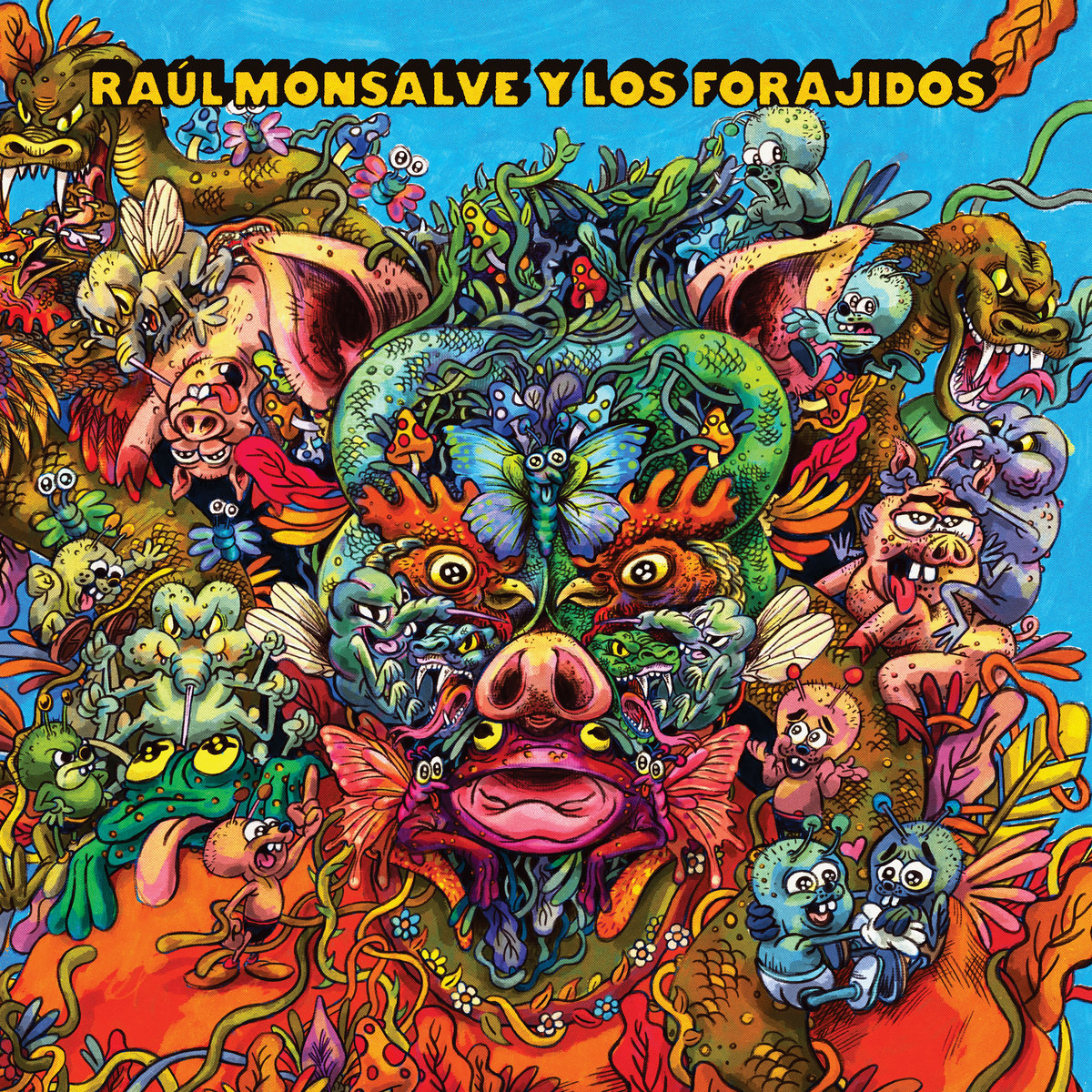 ““Bichos” is not only a superb introduction to Raúl Monsalve, but also to a swathe of incredible musicians you might still be unfamiliar with. It’s also a brilliant window into the rich musical seam of Venezuelan music, and an excellent look at how it might interconnect with wider musical parallels….”

Venezuelan bassist Raúl Monsalve has spent much of his life learning, practicing and understanding Afro-Venezuelan and Afro-Caribbean music.  Studying with percussionists of his home country, he has also given much attention to the sounds that have erupted from the classic edges of jazz, rock, African and early electronic music.  Though he has been releasing music for over ten years, this is another case of a new discovery for me! I have much to catch up on!

For his latest album Bichos (Spanish for ‘vermin’, ‘bugs’, ‘beasts’ but also used in Venezuela to refer to someone as a “nasty piece of work”), Raúl Monsalve leads an all-star ensemble of musical trailblazers! Including “the voice of Venezuela” Betsayda Machado, singer Luzmira Zerpa (Family Atlantica) and drummer Dave De Rose (Agile Experiments, Moloko, Mark Ronson), this is a place where Ancestral Afro-Venezuelan rhythms meet futuristic Latin jazz, raw funk and Afrobeat!

With producer/engineer/drummer Malcolm Catto (Heliocentrics, Quantic, Yussef Kamaal &, more recently, Little Barrie collaboration) behind the recording and mixing desk, Bichos captures the essence of both the African and indigenous roots of Venezuelan music!  The album uses a variety of animals such as the mosquito, butterfly, pig, snake, rooster and flea to represent a wide range of human qualities such as greed, hate, love & compassion.  Exploring their impact on Venezuelan and worldwide corruption & division, the strengths of friendship, family, collaboration, rebellion and survival are all characterised in this vibrant feast!!!

Cafunga is the first track that led me to this glorious record, so it is the song I am featuring today! One of the more funkier offerings, this little groove beast is a slinky one indeed!! Erupting with exuberant horns, the deep bass undercurrent makes for the perfect contrast, whilst mysterious tangents of layered rhythms mingle with  exploratory keys… It’s just really lush, really rich and so, so vibrant! This is a real blast of sunshine to the senses!…..and from what I can gather so far the WHOLE album is sounding pretty superb!  Check it out above.

Released in October last year, you can listen/purchase Bichos from here!