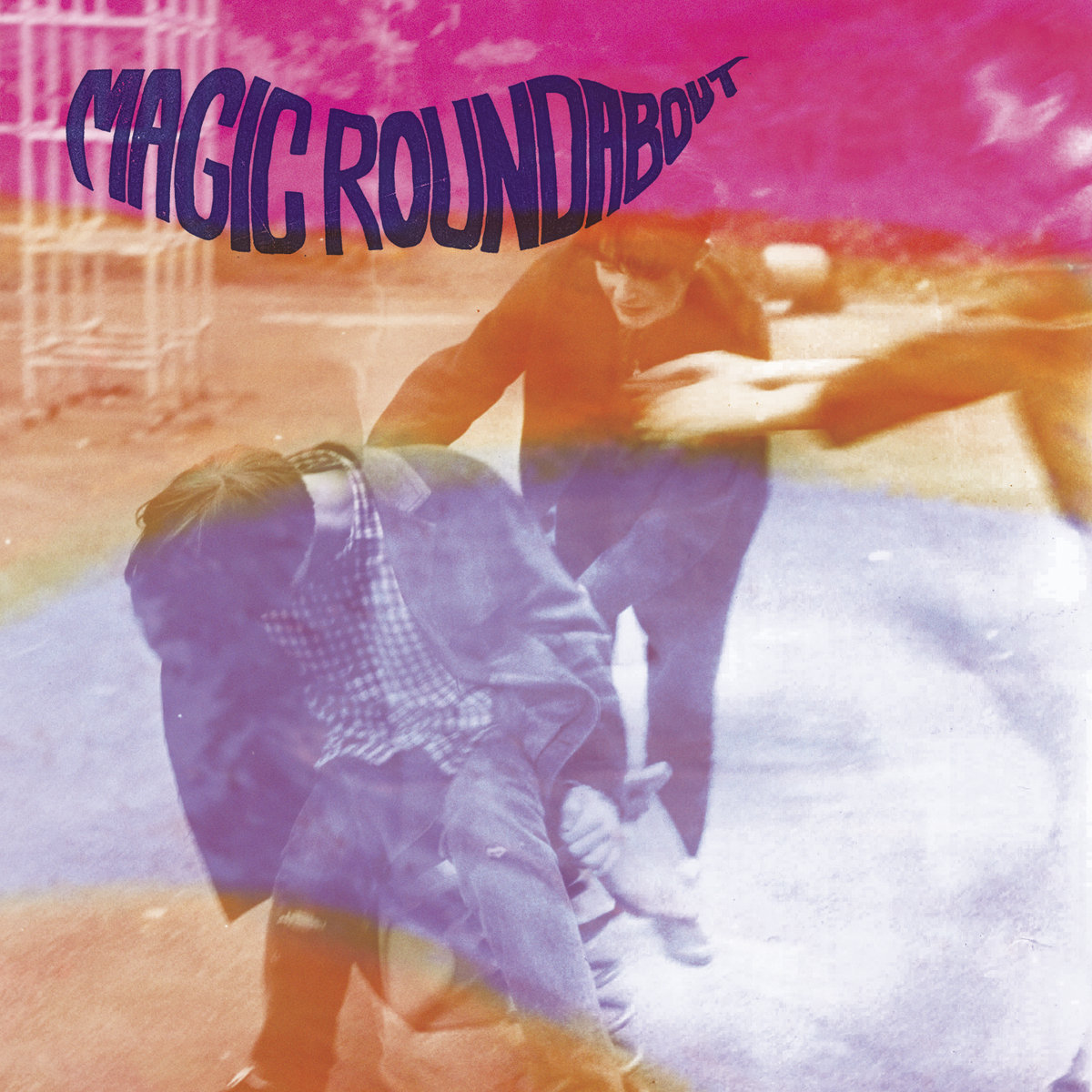 When something sounds just as good today as it did when it was first released nearly 40 years ago, its testament to a solid musical formula; Manchester-based Magic Roundabout knew how to concoct that perfect indie rock buzz!

Active in the mid-80’s and inspired by the likes of The Jesus and Mary Chain, The Fall, The Buzzcocks and the Shop Assistants, this DIY band sought to create their own creations.  Their sound was raw, retro and individual, reaching out to a voiceless youth as they carved out their own groove.

The gang established a clubhouse in early 1986 and began rehearsing, recording and gigging. Playing a ton of legendary shows with the likes of The Pastels, The Blue Aeroplanes, Spacemen 3, Loop, My Bloody Valentine, Inspiral Carpets, this promising band collected a wealth of fans along the way….Rumour has it that Noel Gallagher roadied their final show! They were set for success, but sadly only released one song, She’s a Waterfall Parts 1 and 2, which was released on Mark Webber’s (Pulp) Oozing Through The Ozone Layer cassette compilation!  There were also talks of a flexi-disc that, for whatever reason, never saw the light of day. But by the end of the 80s, the gang had all gone their separate ways and the recordings along with so many other things were thought to be lost forever…until now……..

Recently unearthed by Ian Masters (Pale Saints) and Third Man Records (and given the “treatment” by Warren Defeve), the music of Magic Roundabout has now been released for the very first time, 34 years after it was created!  Sneaky Feelin’ b​/​w Song for Gerard Langley was reborn a couple of months back, reappearing at just the right time to merge into an era where homegrown sounds are at their peak! Are they “34 years too late” as Third Man put it, or “perfectly steeped and presented at just the right moment in history? Tune in, turn on and make up your own mind. Enjoy the trip….”

Heavily infused with deliciously organic rhythms, Sneaky Feelin’ is the perfect fusion of raucous tambourine-tinged beats, heavy bass, celestial vocals and gritty guitar. Check it out above, watch their accompanying video below and grab yourself a copy of the single from Third Man’s Bandcamp page, here.