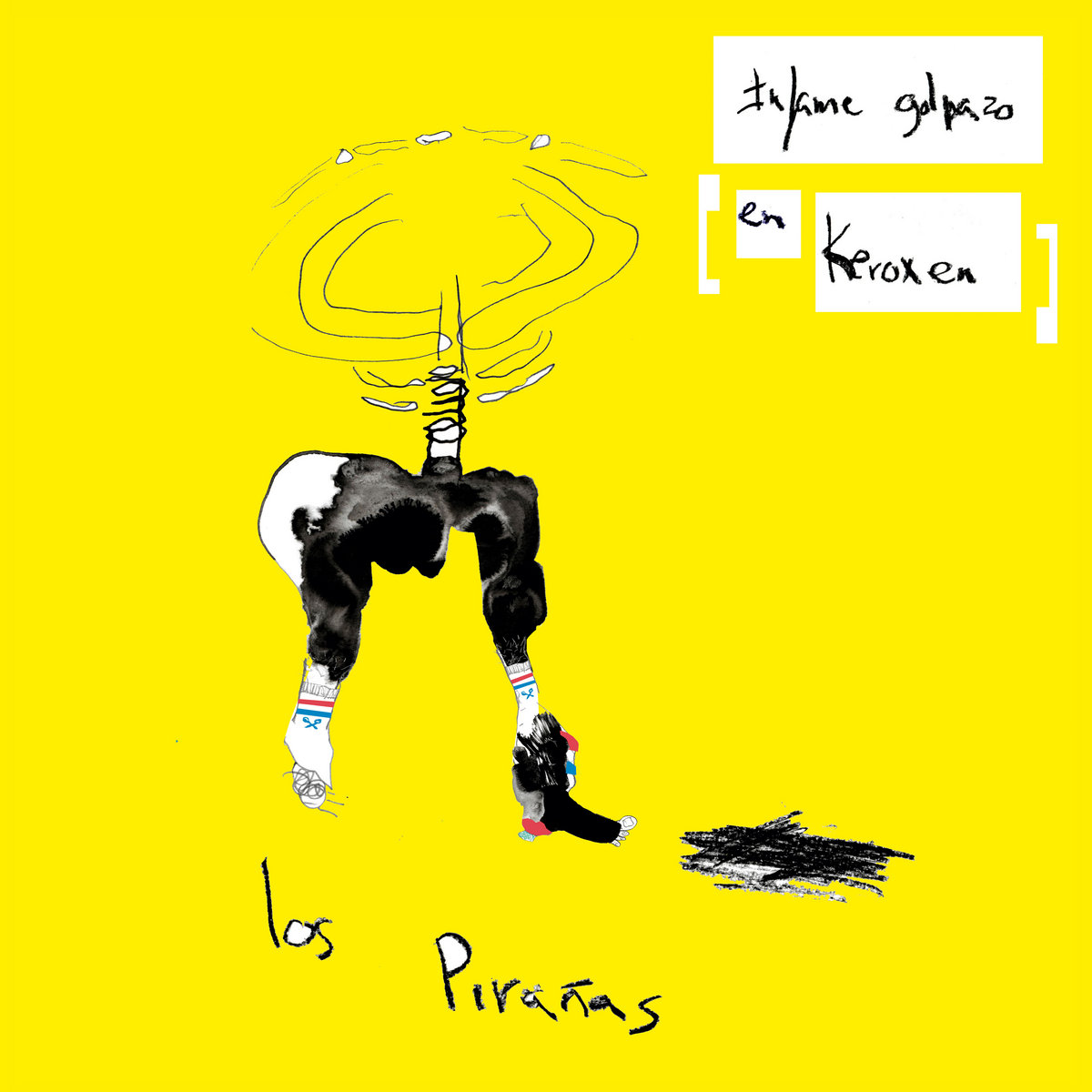 Described as “retro-futurism at its finest”, Columbia’s Los Pirañas are a band who are not afraid to experiment, in fact, they simply thrive on it! Fusing South American rhythms and sonics (including cumbia, champeta, tropicalia, salsa, and more) with Avant psych rock, surf, dub and touches of jazz, this three piece are highly regarded within Bogota’s music scene.

Made up of Bogota natives, Eblis Alvarez (Meridian Brothers, Chupame El Dedo), Pedro Ojeda (Romperayo, Chupame El Dedo) and Mario Galeano (Frente Cumbiero, Ondatropica), the trio have been playing their own brand of tropical music together for over two decades now.

Their upcoming album, Infame Golpazo en Keroxen, is due early next month and compiles some of their greatest hits, re-recorded and laid down with an added brass section, but that’s not all!! This crazy bunch decided to distort and expand their boundaries of experimentation further by recording their sound live in a disused gasoline tank situated in the port of Santa Cruz de Tenerife, Canary Islands!!..and why stop there!! To add to this already hot and flavoursome mix, they have introduced more spice in the form of local brass players Pablo Arocha (Trumpet), Pablo González (Trombone) and Eduardo Martín (Tuba)! With their help, their reworked material will enter into a whole new dimension!

The record features tracks from their last three albums, Toma Tu Jabón Kapax (2011), La Diversion que Hacia Falta en mi País (2017) and Historia Natural (2019). Taken from Toma Tu Jabón Kapax, today’s song grasped me from the start and didn’t loosen its grip all the way though!  Lambada De Oceanía, África Y América (Eran Un Mismo Continente) sounds like this before the brass addition and, whilst its energy is equally as zesty and enticing, the new re-vamped version is something else!! It builds and drops with striking loud/soft dynamics, its dub reggae rhythms cavort indulgently with these new zippy brass inflections as they roar like an army of elephants….! It’s a big, big sound and I love it!

Check it out above and if want to hear more or pre-order the album, you can do that here.

The Listening Post Blog - A place to discover new sounds, where the music speaks for itself..
View all posts by The Listening Post Blog →
This entry was posted in Cumbia, Electronic, Experimental, latin world, Psychedelic, surf rock and tagged Cumbia, Electronic, Experimental, Latin, Psychedelic, surf rock. Bookmark the permalink.