SONG OF THE DAY Elvis – Crawfish 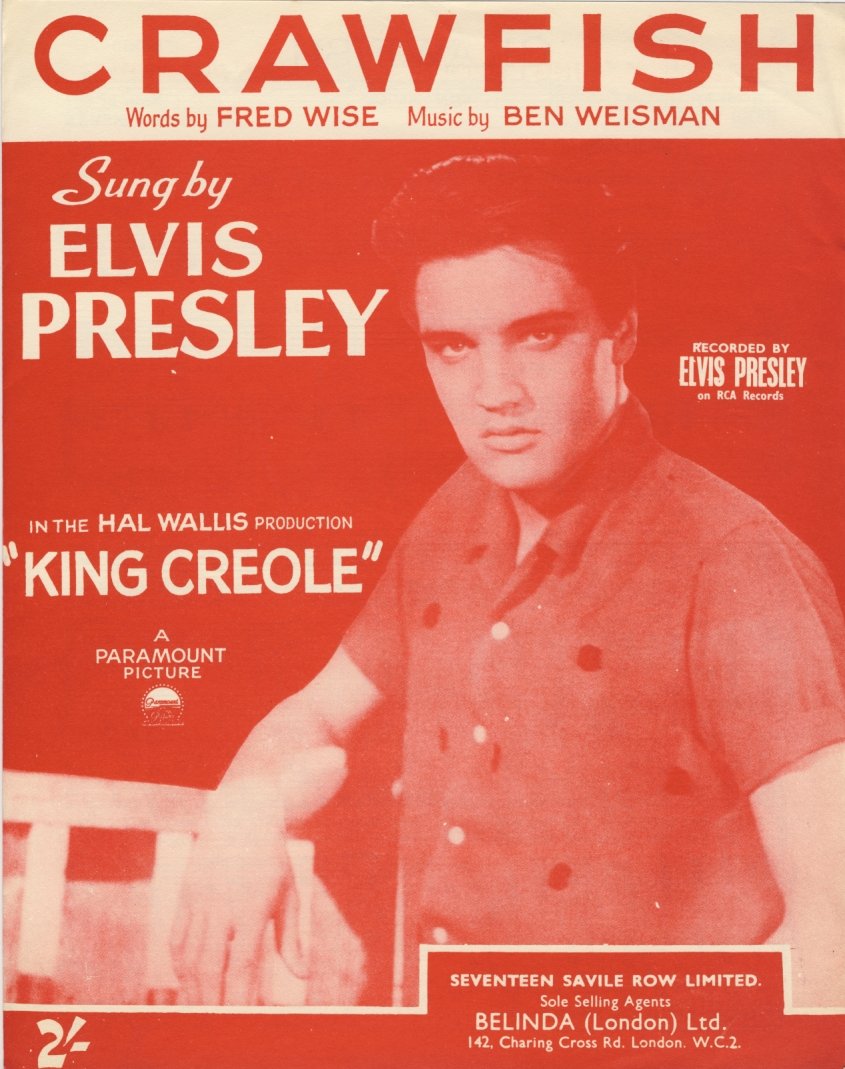 Considering how many years I’ve loved this song, I can’t believe I’ve never featured it for my Song of the Day!! Elvis has done some absolute corkers in his time (and I’ve always been a fan of his early stuff), but this song blew my mind all those years ago when I first heard it and I still love it every bit as much to this day!

Crawfish, written (lyrics) by Fred Wise (who wrote many of the songs sung by Elvis Presley in his movies) and Ben Weisman (music), was performed/laid down as a duet by the jazz singer Jean “Kitty” Bilbrew (a.k.a Kitty White) and Elvis.  It was the opening song for his 1958 film, King Creole and was recorded in the January of that year; the master was take seven out of eight takes!

White’s vocals compliments her male counterpart’s like you wouldn’t believe and her impassioned, praiseworthy highs are more than a match for the smoky croons of Elvis…it’s the perfect combination!!…and that beat!!!

Also revered by Clash frontman, Joe Strummer, Crawfish was described on his radio show as being “one of his favourite Elvis songs“, with his recommendation included on the soundtrack to the 2007 documentary Joe Strummer: The Future Is Unwritten..

It’s one of my all-time favourites!!! Check it out above and watch the extract from King Creole below!