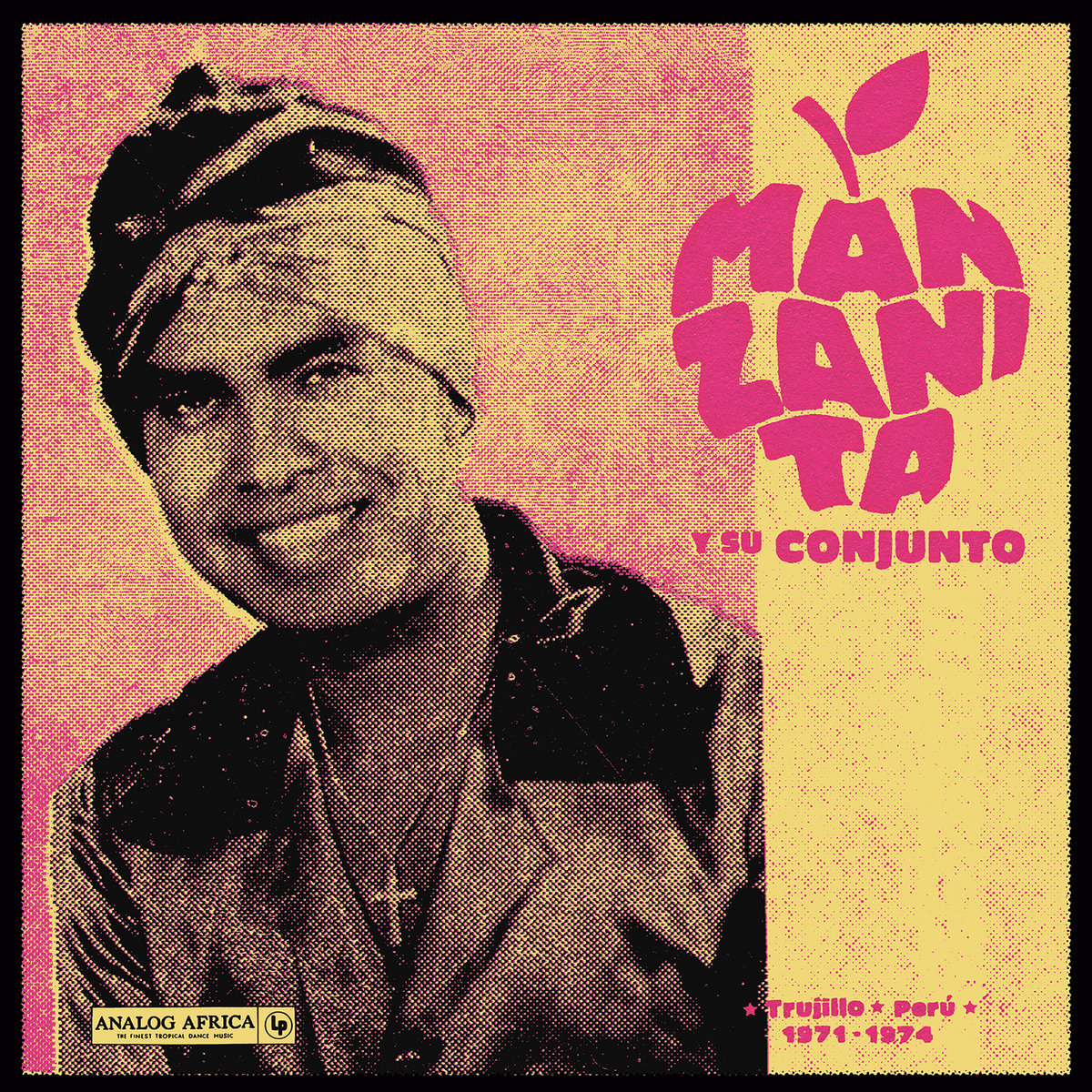 Hernández, better known as Manzanita, was a Peruvian guitarist and composer who first surfaced during the psychedelic Cumbia craze in the late 1960’s. In 1967 he founded Los Pachas before he went on to lead his own group, Manzanita y Su Conjunto. During this period, a new genre known as Peruvian cumbia was born and Manzanita quickly became one of its most original and pioneering voices.

Early next month Analog Africa are to release a new compilation entitled Trujillo – Perú 1971​-​1974, which features a collection of Manzanita’s songs taken from some of his legendary sessions of 1973 and 74.  On the album’s Bandcamp page, the label explains how they came to find this glorious music (a complete chance and rather jammy gift), so below I have pasted the info as it’s explained (as well as including the accompanying short bio!).

Shambar heralds the start of the album with its bold horn section and fluid melody that, very satisfyingly, cascades in warm and very vibrant layers over dancing percussion! It’s a beauty!! Check it out above, read the bio below and pre-order yourself a copy of the album (which releases on 2.7.21) from here.

I was in Lima, hanging out with collector-extraordinaire Victor Zela, who had spent the previous few years pouring his passion for Peruvian Cumbia into the blog *La Cumbia de Mis Viejos“, a real trove of incredible music. But after the birth of his first child, his priorities shifted and he decided to part with some of his rarest LPs. I was one of the lucky few given an early chance to examine his treasures, and when I picked up the album “Manzaneando com Manzanita”, Victor said: “Take it! its one of the best LPs ever recorded in Perú … easily in the top five”. That was all the encouragement I needed … two years later many of the songs from that masterpiece have made it onto this compilation of electrifying Cumbia sides from Manzanita’s golden era.

“Berardo Hernández – better known as Manzanita – first surfaced during the psychedelic Cumbia craze. At the head of the scene were the magnificent Los Destellos, whose leader, Enrique Delgado, was such a six-string wizard that other guitarists found it impossible to escape his shadow. But then Manzanita arrived with his electric criollo style, sent shockwaves through Lima’s music scene and posed a serious threat to Delgado’s dominance as king of the Peruvian guitar.

Manzanita had come to Lima from the coastal city of Trujillo, five hundred miles up the coast – a place where Spanish, African and indigenous populations had been living and making music together for centuries – and came of age at a time when the first wave of psychedelic rock from the US and UK was starting to sweep the airwaves. But the sounds of Cream and Hendrix disappeared from the radio just as quickly in 1968 when Juan Velasco seized control of the country in a military coup. The new regime, which favoured local traditions over cultural ‘imports’ from the north, was a blessing in disguise for the Peruvian music scene.

Record labels flourished as new bands, raised on a hybrid diet of electric guitars and Cuban rhythms, rushed in to fill the vacuum created by the lack of imported rock. A new genre, known as Peruvian cumbia, was born and Manzanita quickly became one of its most original voices.

Starting in 1969, Manzanita y Su Conjunto released a steady stream of singles that used Cuban guaracha rhythms as the foundation for dazzling electric guitar lines. After countless 45s and several years on the touring circuit, the band signed to Virrey, an important Peruvian label, and recorded two LPs acknowledged as masterpieces among aficionados of tropical music. Most of the songs on Analog Africa’s new compilation Manzanita y Su Conjunto are drawn from those legendary sessions of 1973 and 74.

Although he scored a few more hits in the later 70s, his dissatisfaction with the music industry caused him to withdraw from the scene for several years; and when he finally retired for good, the golden age of Peruvian cumbia was a distant memory. But when Manzanita was at the top of his game he had few equals. Victor Zela was right: this is some of the best music ever recorded in Perú.”