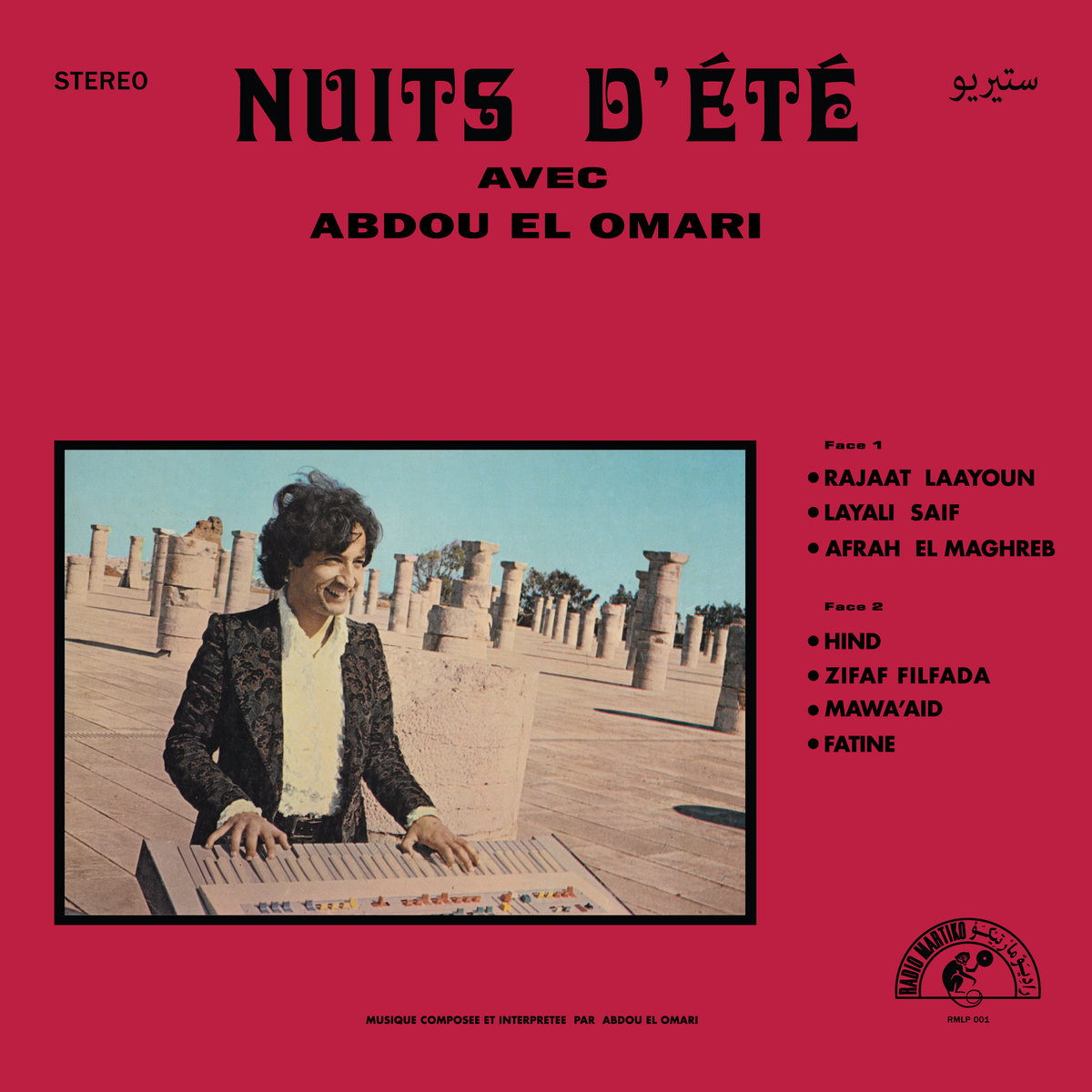 Known as a pioneer of Moroccan psychedelia, Abdou El Omari was a composer, keyboardist and producer who was active from the mid-70’s to early 80’s. His sound encapsulates the traditional folk sounds of his heritage, whilst embracing modern musical styles, thus perfectly  marrying the old with the new. His blending of Farfisa melodies and electro-psychedelic wizardry, together with traditional rhythms and modes gives him a unique sound; one which I am now savouring as I embark on this new discovery!

Before setting off on his solo career, he played with several orchestras, but in 1976 he recorded his first solo album entitled, Nuits D’Été Avec Abdou El Omari, which was issued on Moroccan label, Disques Gam. This record was part of a trilogy, but it was the only one of the albums that ever made it public…..until now!  In 2016 and 2017 the Belgian record label Radio Martiko reissued Abdou’s Nuit’s d’Eté, along with two other unreleased albums, which were recorded somewhere between 1976 and 1980 in the Boussiphone studios in Casablanca. The first unreleased one is the second part of the trilogy with Naima Samih and some members of the National Radio Orchestra of Morocco, and the other one is Abdou’s third pard of the trilogy, Nuits de Printemps.  I’ve only had the pleasure of skimming through some of these songs since I discovered them the other day, but all three are now mine, so I intend to give them plenty more attention – so far all I’ve heard is superb!!!!

Afrah El Maghreb (taken from Nuits D’Été Avec Abdou El Omarii) is the song that introduced me to the hypnotic and exotic sounds of Abdou El Omari and I love the way its mysticism draws you away from everything. I love the strong magnetism of the pulsing rhythms as they entwine around those swelling serpentine melodies; you can definitely hear that they were way ahead of their time, but somehow compliment the traditional elements too. I’m loving this so much! Check it out above.