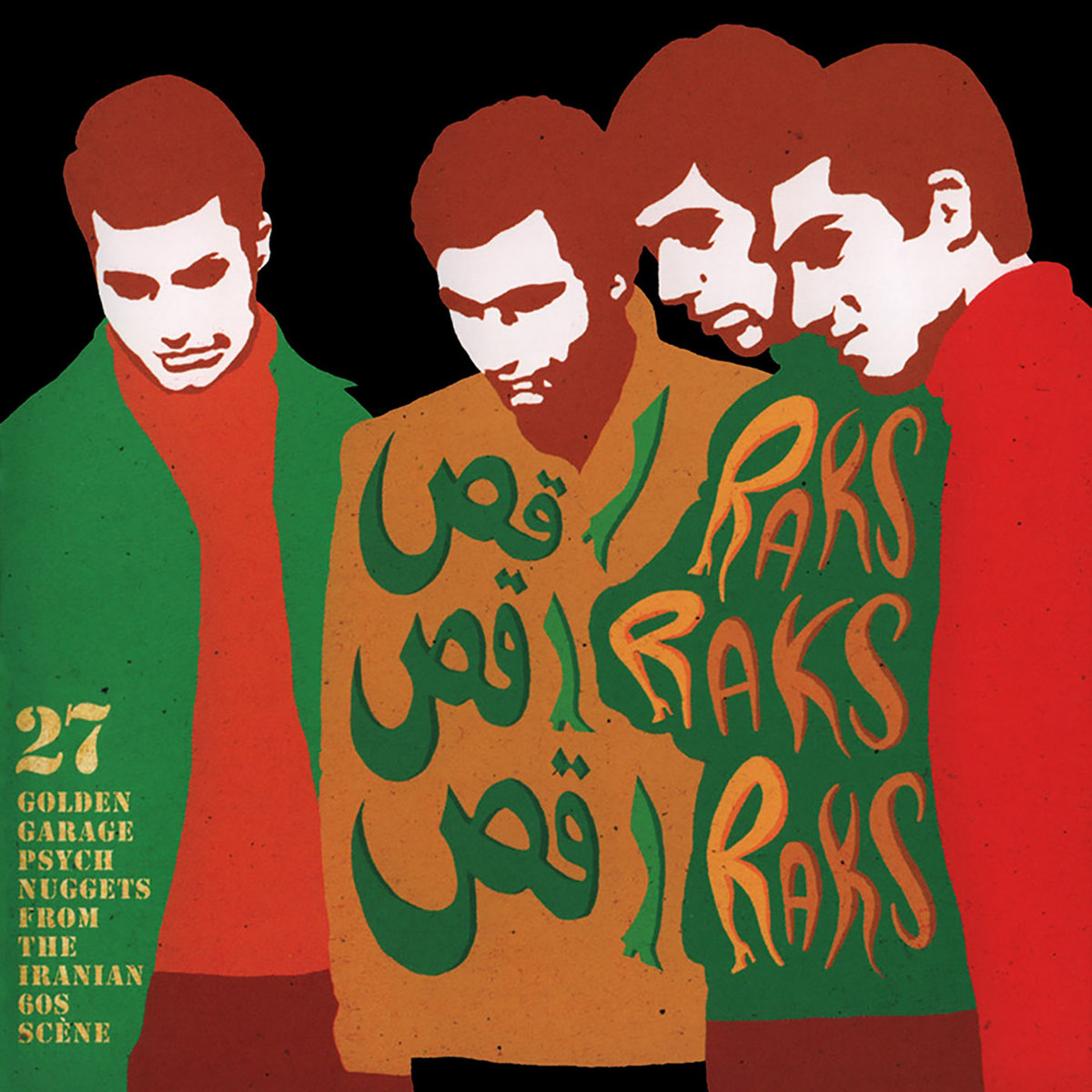 I don’t think I ever appreciated just how much psychedelic music travelled and extended across the globe, but it seems to have spread all over the world and today’s golden nugget of pyschtastic goodness comes all the way from 1960’s Iran!!

There are few collectors out there lucky enough in this world to have stumbled upon original copies of all the tracks featured on a compilation I have stumbled upon tonight, but thanks to a label called Raks Discos, we can all now have access to them!

Raks Raks Raks (17 Golden Garage Psych Nuggets From The Iranian 60s Scene) is a 27-track compilation which was released a couple of years ago. It was apparently one of the most anticipated compilations to arise from the global depths of 60s and 70s rock’n’roll and focused on The Persian scene.  All songs featured from Iran’s pre-Revolution East-West cross cultural artefacts are extremely rare and if it wasn’t for comps like this, would we even know that such a kaleidoscopic wealth of sounds such as this exists??

As with almost all Asiatic countries, bands such as The Beatles, The Rolling stones, the Shadows and the Ventures seem have been a major influence in the Iranian music scene.  In 1964, the legendary Top4 company opened up and started releasing choice chart hits on 4-track EP’s from the worldwide lists, followed soon by MonoGram and other companies. These mixed up records featured a lot of popular songs of the day, spanning the whole European continent  i.e. including what’s referred to now as ‘Euro pop’ hits and the ‘big brothers’, UK and US charts. The day’s youth back then was lucky as they could follow the West moment by moment.

Penahi’s Dance Music track originated sometime in the mid-60’s, but I can’t tell you much more about this mysterious and exotic instrumental garage funk/soul dream – such is the nature of its rarity! It’s hypnotic melody is marked by exciting breaks, sparkling beats and primal gasps which gives this track a very enticing and mysterious lure! I love it!!

Check it out above and listen/purchase the rest of the Raks Raks Raks (17 Golden Garage Psych Nuggets From The Iranian 60s Scene) album, here!!