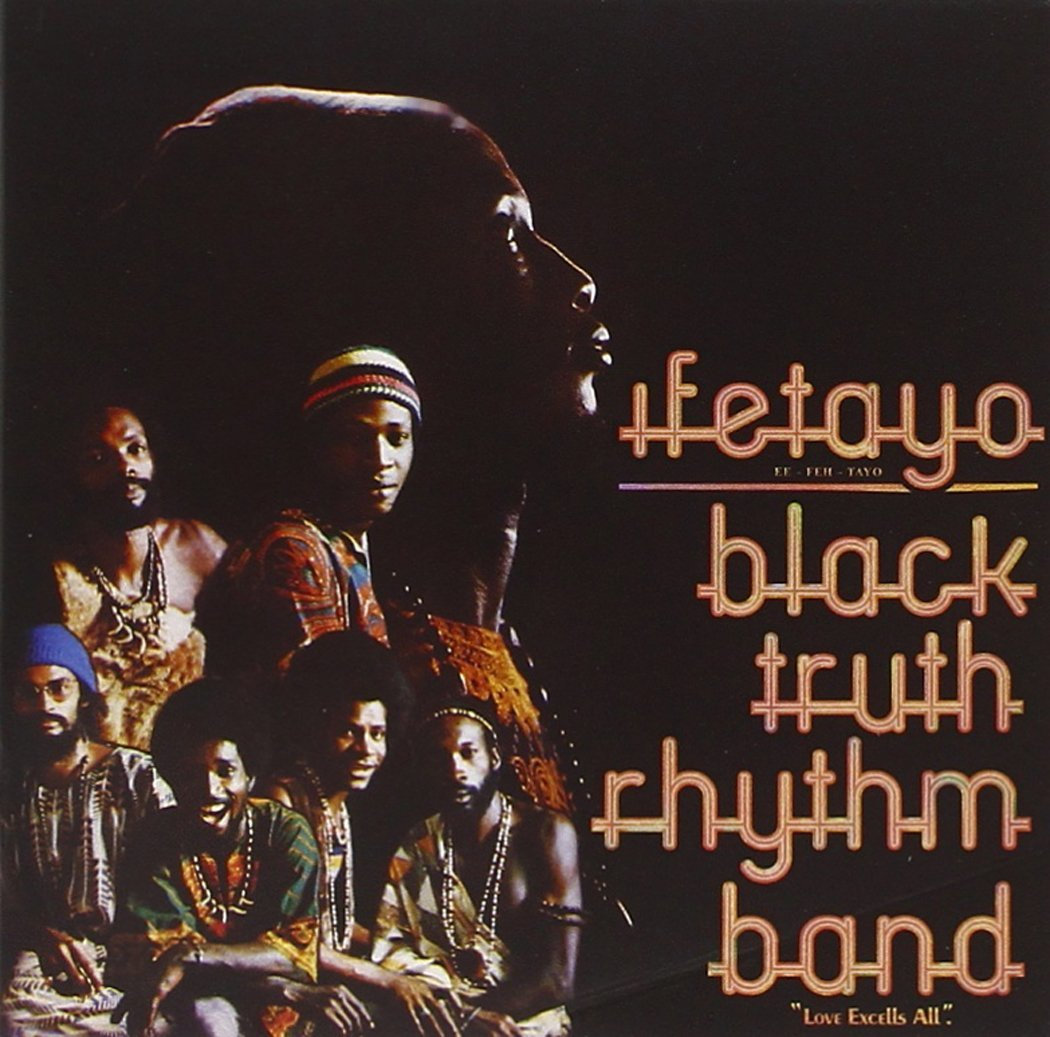 It was a nearly a year ago that I came upon the one and only album released by Black Truth Rhythm Band. Issued in 1976 on New York label Charlie’s Records, Ifetayo (Love Excells All) was the only record the group cut before they all went their separate ways. I don’t know why the they split after recording only one album, maybe it didn’t get the coverage it so greatly deserved at the time, but it’s a shame there was no more. After BTRB disbanded, Oluko Imo went on to sing with Fela’s Egypt 80 band…

Hailing from Trinidad, Black Truth Rhythm Band were a large ensemble fronted by vocalist Oluko Imo. Deeply influenced by Fela, Sonny Okosun, and Ebo Taylor, BTRB created a hybrid sound that drew on the new African music, mixing rhythms from Africa and the West Indies, as well as the regional vocal stylings of other Caribbean nations. Their individual fusions of funk, jazz, soul, calypso and Afro-beat unravelled over their sole album and this remained underground and out of print for years….until Soundway Records got hold of it and re-issued the album for the first time on CD, vinyl and digital.

Title track, Ifetayo, is the perfect way to open the record and I love the contrast of its deep groove and lightweight flute-tinged melody..and the way the vocals fit perfectly somewhere in the middle! Check it out above and listen to more on my blog, here.