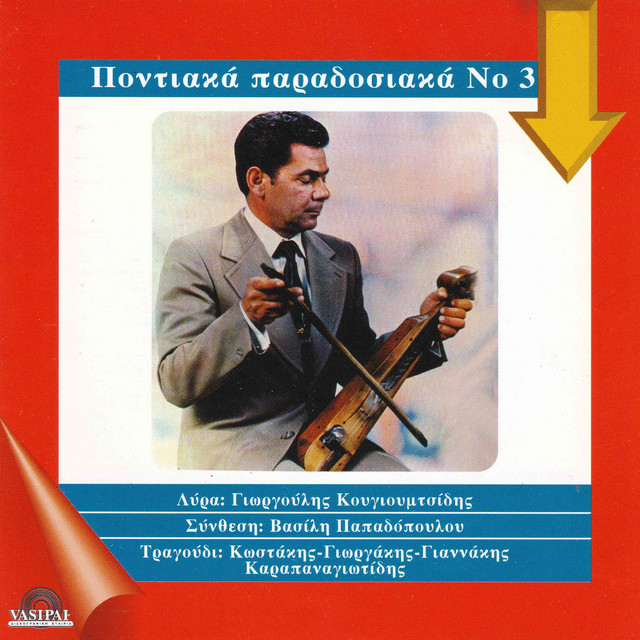 As my ears have gradually become more finely tuned to an expanding wealth of sounds over the years, new tastes and textures have factored greatly in my searches! I stumbled upon today’s song as I do many songs: through a sonic rabbit hole. I didn’t know where it would take me, but if I end up somewhere weird and wonderful, all the better!

Ti Giorgaki i sevnta was a track taken from a rather superb album called, Pontiaka Paradosiaka, Vol. 3, which was released by a man called Giorgos Karapanagiotidis. Featuring vocals by Giorgoulis Kougioumtsidis, you can find this album on Spotify or Youtube, yet information about either artists seems to be severely lacking!? I wish I could elaborate! It would appear, however, that Giorgos Karapanagiotidis was signed to the Greek label, Vasipap and issued this album in 1969. Judging by his name, he was a Greek musician himself? The album cover depicts him playing violin, so it is fair to assume that he is/was also a violinist too!?

I’d love to get a copy of this record, for there are some right corkers on here with epic rhythms (take Inas pantrementsa for example – about 2 mins in). I’ve not made it through the whole album yet, but I’m getting there! If you fancy a listen and like what you hear above, you may want to have a listen to the album too? I’ve included the link below.