SONG OF THE DAY Jeremy Steig – Howlin’ For Judy 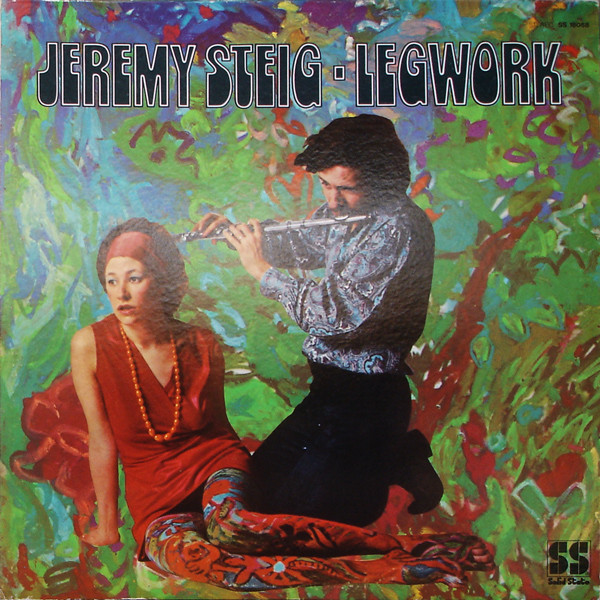 For any Beastie Boys fans out there, you may recognise today’s exceedingly funky flute groove from their 1994 track, Sure Shot. Taking the sample from a song released nearly 25 years prior to this, the Beastie’s, have slowed down the tempo a bit, but extracted this fine flute fusion from a song called Howlin’ For Judy.

Originally written and performed by the US jazz flutist, Jeremy Steig (son of famed cartoonist William Steig), the track featured on his third album Legwork, which was released in 1970 on United Artists subsidiary label, Solid State Records. (The LP should’ve been called “Lipwork” though, the amount of crazy flute tuneage going on here!!!..heehee)

Jeremy Steig moved to Japan for the latter part of his life, but was releasing music for nearly 45 years and even performed in the film Shrek Forever After as the role of “The Pied Piper” – a character created by his father, for which he played all flute parts!! Not only a musician but also an illustrator, four years after his death in 2016, Byroad Press published his memoir, Get Me Out of Here, which contained his ink drawings.  Listen and enjoy the frenzied delights of Howlin’ For Judy above..