SONG OF THE DAY Muddy Waters – All Aboard 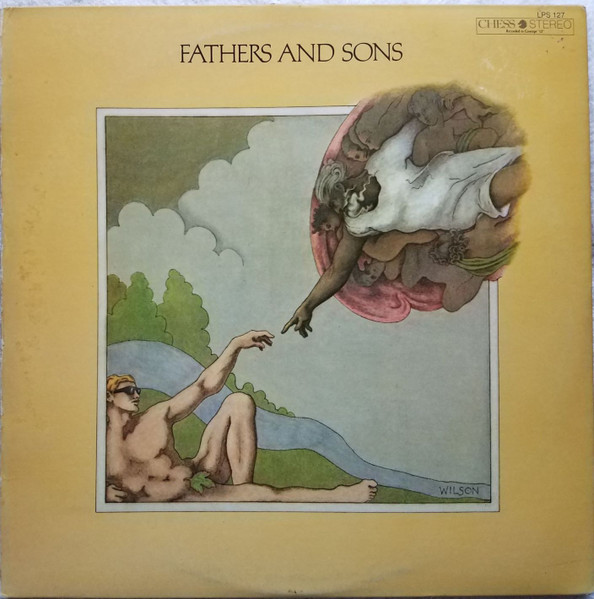 Better known as the main main Muddy Waters, McKinley Morganfield originally wrote and released All Aboard in 1956. Issued on Chess Records, this was to be the B-side to his Forty Days and Forty Nights single. Though not a direct cover (this perfectly stands alone in its own right), All Aboard is apparently adapted from Arthur Crudup’s Mean Ol’ Frisco Blues, and also later featured on another cool Muddy album nearly 15 years later…This is the version I am featuring!

In August 1969, Muddy Waters released a double album called Fathers and Sons. Issued as a double LP by Chess Records, the album contains both studio and live recordings, laid-down by an all-star band, consisting of Michael Bloomfield and Paul Butterfield (of the Paul Butterfield Blues Band), Donald “Duck” Dunn of Booker T. & the M.G.’s (Bass), Otis Spann (on piano) and drummer/vocalist, Sam Lay (on drums).  The record proved to be Water’s biggest mainstream success, reaching Number 70 on the Billboard 200 and was his only appearance in the top half of the chart. It would be another eight years until Waters made another appearance in the 200 again!!

According to Marshall Chess, Fathers and Sons came about after Mike Bloomfield said that he and Paul Butterfield wanted to do an album with Muddy Waters. Whilst in Chicago for a charity concert, Chess set about rounding up Donald “Duck” Dunn, Otis Spann, and Sam Lay for the studio sessions. What came out was sixteen glorious tracks, recorded on two LP’s – and, just a couple more pieces of additional info, the production was done by Norman Dayron, who would go on to produce The London Howlin’ Wolf Sessions in 1970, among other items!! The cover illustration for Fathers and Sons was created by Don Wilson and was based on Michelangelo’s design on the Sistine Chapel.

Is it me or does this song really sound like Mystery Train? Check out the very superb All Aboard above and, for your extra listening pleasure, I’ve included a link to the whole Fathers And Son album below!..