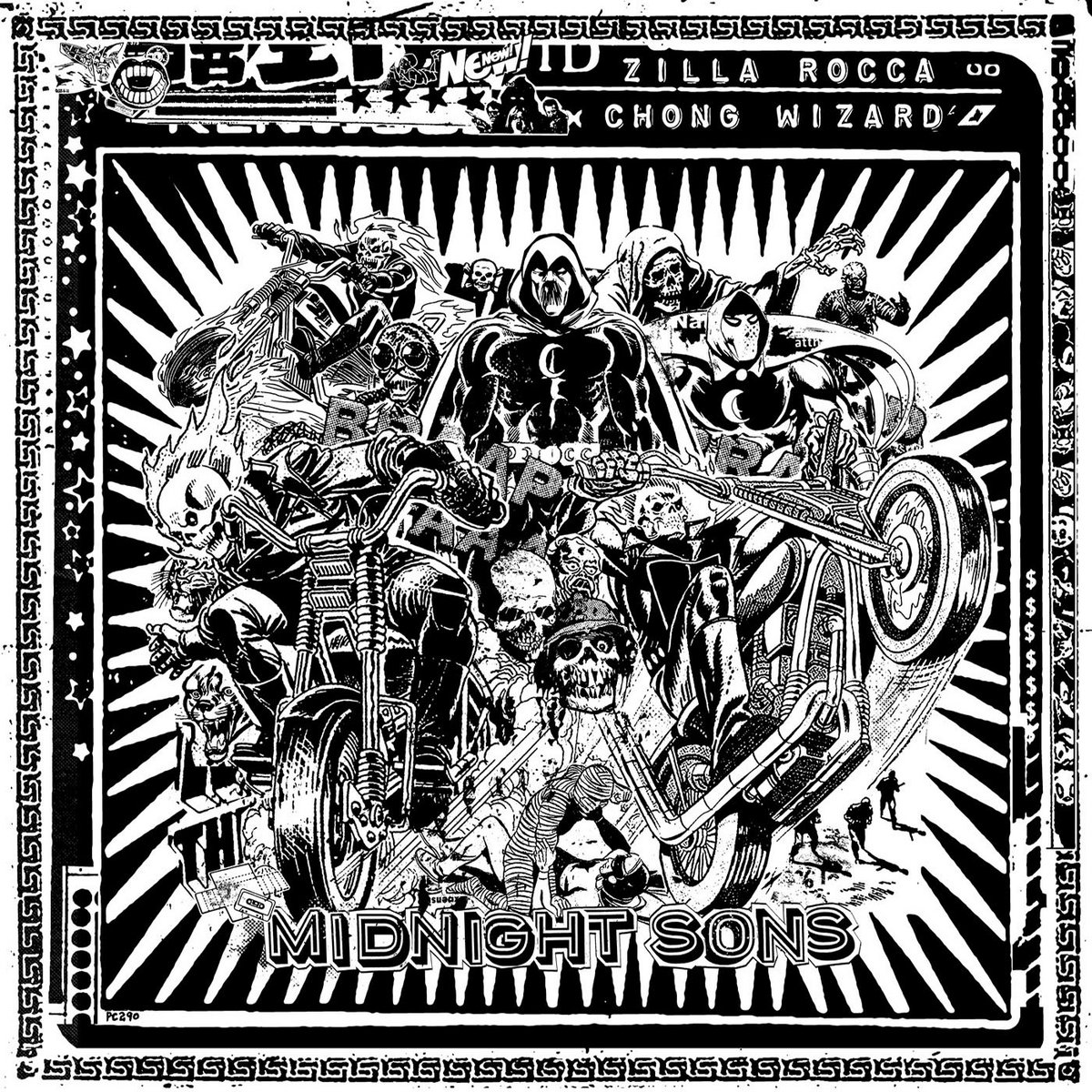 Today’s song was brought to my attention a while back and reappeared in a playlist had on the other day; needless to say, I enjoyed a bit of this! I’m not too familiar with anything else Zilla Rocca or DJ Chong Wizard have done (yet), but Lucky Break is pretty cool and features on an album called Midnight Sons which was released a couple of years ago via his own label, Chong Wizard Records.

Assisted by a selection of artists (such as billy woods, Denmark, Curly Castro, PremRock, ALASKA, Malik B, Nature, Lord Juco), the album name is apparently loosely inspired by the occult Marvel supergroup of the same name and is, according to their Bandcamp page, “a cryptic and poignant look at the modern hellscape of modern society no comic book writer could ever predict.”

Listening to the record now, I’m liking ominous instrumental tracks such as Marc Spector’s Theme, The Gray Ghost, but there are lots of these atmospheric instrumental moments which makes for a nice variad listn. It all makes sense when you read on and discover that the production from Chong Wizard was inspired by Japanese horror scores and built on psychadelic rock, Hitchcock strings, sub-woofer breaking bass, and live drums! It’s got an edgy feel and I like that! Listen above and check out the rest of Midnight Sons, here.