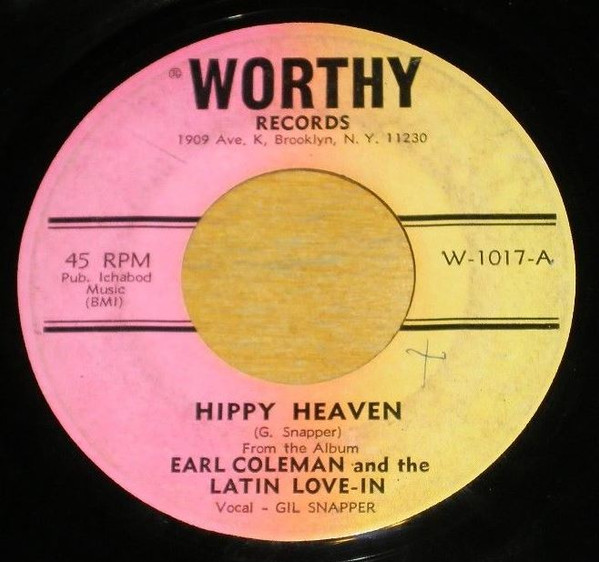 Curious lyrics and a song that’s caught my attention twice now, so I thought I’d share.

Earl Coleman was a jazz singer born in Port Huron, Michigan in 1925. When he was 14 years old he moved to Indianapolis and began singing with Ernie Fields and Bardu Ali. This was to be the start of a lifelong career in music and he spent the next five decades singing and performing with an array of artists. He joined the Jay McShann band in 1943 and after that he performed alongside other artists such as Earl Hines, the Billy Eckstine Orchestra, and King Kolax. Moving to California in 1948, Coleman continued working with several notable jazz artists throughout the 1950s.

By 1960 he had begun recording as a leader, and in 1967 Coleman recorded the album Earl Coleman and The Latin Love-In, which contains today’s offering, Hippy Heaven. Wonderfully labelled as a sort of “LSD-sploitation” song, the track tells a story of an unfortunate acid victim who jumped out of a window while high on hallucinogens. The flow is gentle and the Latin-jazz element gives breezy appeal, whilst melodic vocals add a psychedelic feel. It’s an interesting blend of sounds.

Hippy Heaven was also released as a single on the Worthy Records label (around about the mid-1960’s), with both the music and lyrics attributed to the label’s founder, Gilbert Snapper. It’s a little different, see what you think?