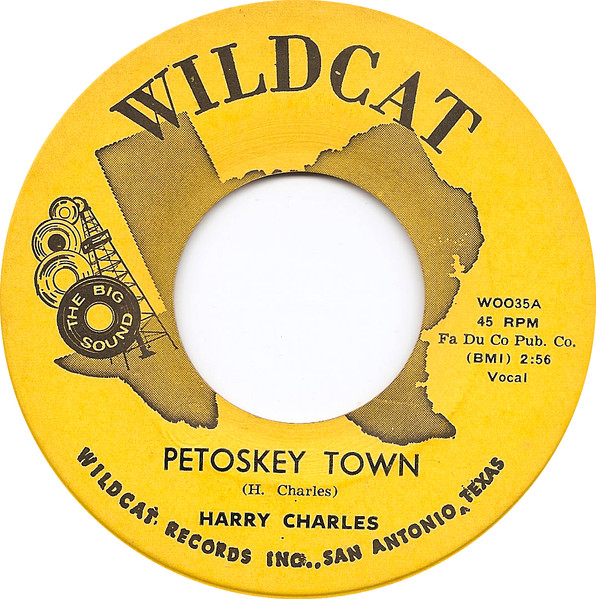 Releasing just three 45’s in the early 1960’s, obscure teen-pop and Country singer, Harry Charles was a Nashville resident. His repertoire was minimal, his career rather brief and what became of him after his short glimmer of music stardom is something of a mystery.

Petoskey Town is a haunted country ballad laced with a lonesome streak more than a mile long. It’s desolate pondering pours out through Charles’ baritone vocals and the feel is wonderfully dark and forsaken. This was Harry Charles’ debut 45, issued in 1960 on a small Texas label called Wildcat Records. Followed by My Laura b/w Challenge of Love in 1963 and I’ll Be There b/w I Want the Best for You in 1966, Petoskey Town is by far his shining moment!! See what you think…..