Though largely unknown, his music has been described as genius and his songs have been covered by the likes of the Beatles, the Rolling Stones, Otis Redding, Tina Turner, Jerry Lee Lewis and Bob Dylan (who recorded/absolutely destroyed today’s song, “Sally Sue Brown” on his 1988 LP Down in the Groove).

Alexander cut his first single, Sally Sue Brown, on Jud Phillips’ Judd Records in 1960 (Phillips being brother of music pioneer Sam Phillips). A year later he recorded You Better Move On, a single that is perhaps Alexander’s best-known song – which was later covered by the Rolling Stones, the Hollies, George Jones and Johnny Paycheck, The Byrds Gene Clark and Mink DeVille.

In the mid-1960s, Alexander switched to another label, Sound Stage 7, but failed to find commercial success and although a 1972 album for Warner Brothers seemed promising, the singer’s potential seemed to wane. He secured a pop hit, Everyday I Have To Cry Some, on Buddah Records in 1975 (which was later covered by Ike and Tina Turner, Dusty Springfield and Jerry Lee Lewis), but the success remained short-lived. 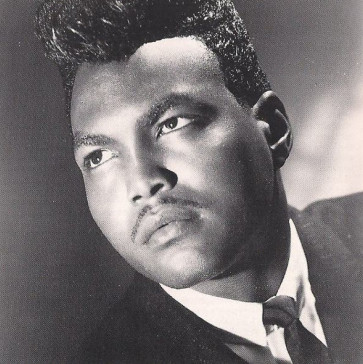 For many years, Alexander was out of the music business, but in 1990 he was inducted into the Alabama Music Hall of Fame and began to perform again in 1993. He signed a new recording/publishing contract in May 1993 but suffered a fatal heart attack on 9 June 1993 in Nashville, three days after performing there with his new band. What I love about this story is that June Alexander eventually returned to music and got to do the thing he was made for and so gifted at right up until the end! I’ve known You Better Move On as a song for many years, but discovering its origins has been pleasure!!

Still, the only song for me in his repertoire is his debut 45, Sally Sue Brown. This is his crowning glory as far as I’m concerned! Check it out above.