SONG OF THE DAY The Staple Singers – Masters Of War 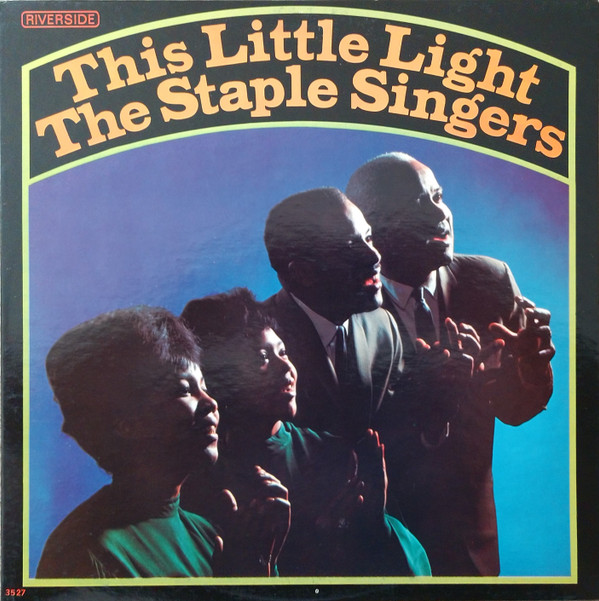 Now, if ever there had to be a cover version that shot the original out of the sky, this is MOST DEFINITELY it!!!!!

Released on their 1965, This Little Light album, America’s gospel, soul & R&B wizards The Staple Singers gave this song something that Bob Dylan could never ever deliver: soul!!

In fact, Dylan’s original doesn’t even come close and its not often you can say that a cover is far superior to the original.. I say “original”, but in this case that is a very loose term! As with many of his early songs, Dylan adapted or “borrowed” melodies from traditional arrangements, often without crediting the original artist (he did this to Dave Van Ronk) and in this case he borrowed/stole Nottamun Town! This arrangement was written by folksinger Jean Ritchie. Unknown to Dylan, the song had been in Ritchie’s family for generations, and she wanted a writing credit for her arrangement. In a legal settlement, Dylan’s lawyers paid Ritchie $5,000 against any further claims!!

Anyway, I digress!! Going back to the marvellous Staple Singers… Active for nearly 50 years, The Staple Singers were put together in 1948 by Roebuck “Pops” Staples, who were joined by his children, Cleotha, Pervis and Mavis (also joined by Yvonne Staples who replaced her brother when he was drafted into the U.S. Army, and then again in 1970). Their vocal arrangements were delivered in an acoustic gospel-folk style and over the years, the group recorded with various labels including, United Records, Vee-Jay Records, Checker Records, Riverside Records and then Epic Records in 1965!

Some of their better-known songs include Uncloudy Day and Will the Circle Be Unbroken?  Bob Dylan was said to have been greatly influenced by Uncloudy Day and often shared his appreciation for the group itself, once commenting how, “It was the most mysterious thing I’d ever heard… I’d think about them even at my school desk…Mavis looked to be about the same age as me in her picture (on the cover of “Uncloudy Day”)…Her singing just knocked me out…And Mavis was a great singer—deep and mysterious. And even at the young age, I felt that life itself was a mystery…”

The Staple singers seemed to turn everything they touched into magic! Their harmonies are divine and today’s song is heavy testament to that!! If you haven’t already, its really worth delving into their back catalogue, their music is a treat! Enjoy!