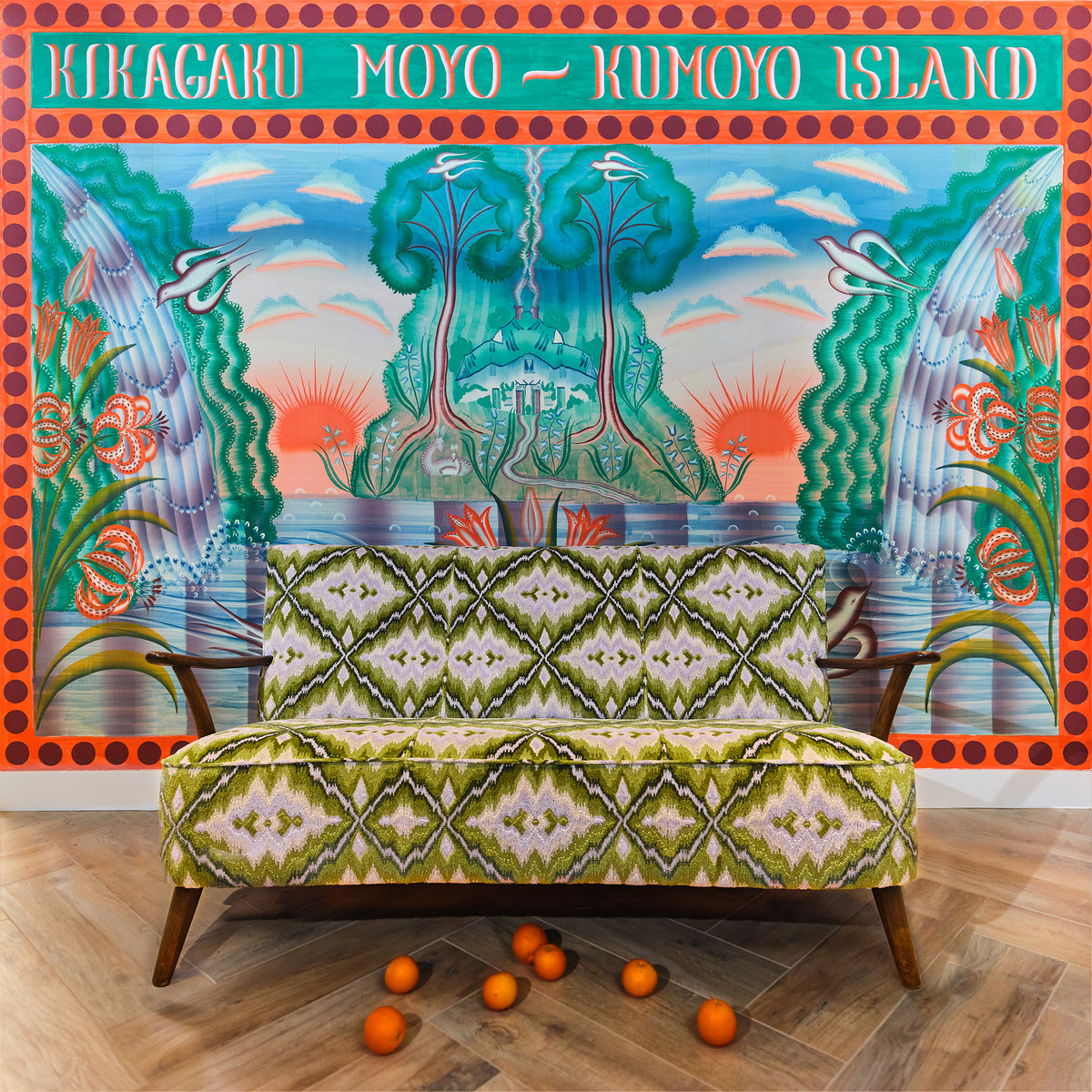 Early next month, Japan’s Kikagaku Moyo are to release their fifth studio album, Kumoyo Island, a record that has now been declared their last ever!! Celebrating a career that has spanned over a decade, their psychedelic sounds have led many a kaleidoscopic wandering and discovering that this offering is to be their last does make it a rather poignant listen.

Throughout their works the band have created a sound designed to take the listener to a particular place, however real or abstract that may be. In that respect, the title and cover art for the band’s fifth and final album draws you into a magical mass of land surrounded by water—but the intentions behind it suggests that Kumoyo Island may not be a fleeting stop, but rather a place of respite, where one could pause and take it all in.

For this record Kikagaku Moyo have gone full circle, returning to Tsubame Studios in Asakusabashi, Tokyo, where their earliest material had been recorded. These surroundings have provided new inspiration in what has become a familiar and comfortable environment. Swapping their adopted home base of Amsterdam for old grounds, the band felt a renewed sense of freedom being back in Shitamachi, or the old downtown area of their hometown.

Their return, albeit intentional or a force of destiny’s hand, has enabled the birth of Kumoyo Island and it has been said on their Bandcamp page that it may be possible to draw a “parallel between the topography of the band’s home country—an island nation, surrounded by bodies of water—and the mysterious isle of Kumoyo”. Are these places one and the same? Has the band made it home?

From the beginning I had anticipated that featured track, Cardboard Pile (the first track to be available from the record) may break and change shape just as it did, but it was good when that moment happened. From energised beginnings, the song builds and gathers momentum, rising like a high tide and then, very suddenly, it cuts back as hypnotic crest’s rise over mellow waves…..It’s a nice transition!

Check it out above and if you want to pre-order a copy of the record, you can do that here.