SONG OF THE DAY The Maytals – Night and Day 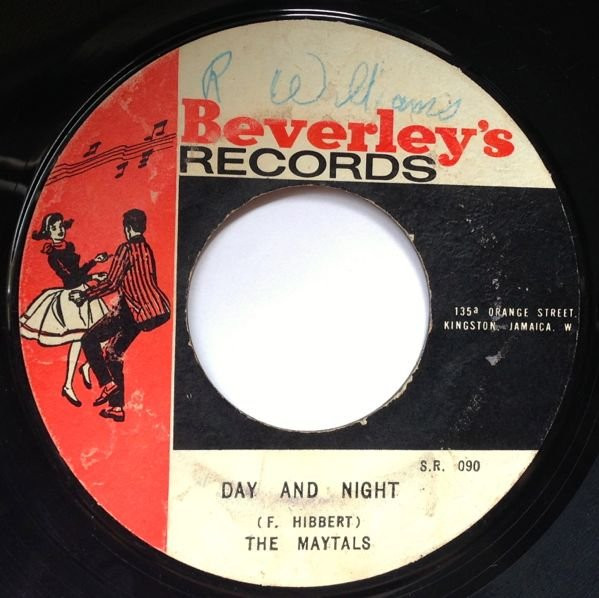 “The Maytals were unlike anything else … sensational, raw and dynamic.” (Island Records founder, Chris Blackwell)

Many moons ago I heard this song, saved in one of my many playlists with the aim of revisiting it, but somehow never returned….until today!! Today, I woke up with this going through my head, I don’t know why, but it was there, so it seemed an obvious choice for today’s song!!

The Maytals are possibly one of the best-known ska/rocksteady vocal groups to have come out of Jamaica, and after their formation in the early 1960’s, they were the first band to release a song with the word “reggae” in it. Do the Reggay coined the name of the genre introducing it to a global audience. The Oxford English Dictionary credits Toots and the Maytals in the etymology of the word “Reggae”.

Frontman Toots Hibbert, who died in 2020, was considered a reggae pioneer on par with Bob Marley. His soulful vocal style was compared to Otis Redding, and led him to be named by Rolling Stone as one of the 100 Greatest Singers. After Hibbert’s death, the Maytals continued as a working group and to this day, they are still recording!!

Night and Day appeared as the B-side their 1969 ear worm, Monkey Man, which was issued on the Jamaica’s ska/rocksteady/reggae label, Beverley’s Records. It’s really different to a lot of their other stuff and I love how the guitar embellishments strike out hauntingly over the brass; it’s more edgy and moody and this is what does it for me!! Check it out above.