SONG OF THE DAY Leadbelly – When I Was A Cowboy 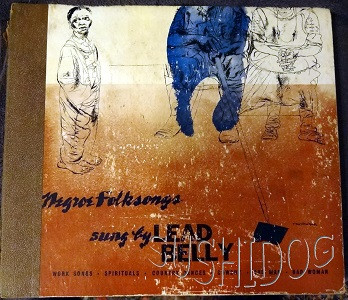 Though there may have been many covers over the years, When I Was A Cowboy is very much Lead Belly’s song. Not just because he wrote it of course, but because he is the only person who has ever given this song the life it needs. His version possesses the wilderness sound and the freedom of the open planes. Just him, his marvellous voice and the low chug of a folksy guitar. It’s a little beauty!!

Originally written in 1943 and first issued with the title Cow Cow Yicky Yea / Out on the Western Plains, this track also featured on Leadbelly’s 1946 record, Negroe Folksongs Sung By Lead Belly.  At what point it just became When I Was A Cowboy, I’m not too sure…if at all? Maybe this has just filtered down and altered in the various places I have researched, but this is what the song seems to be better known as now.

There are plenty of covers of this song out there but, like I said, there is only one version for me!!! Notable renditions includes Rory Gallagher’s from 1975, Van Morrison’s (annihilation, I’m afraid) from 1998 and The Limeliters 1964 version. There are many more, but these are  just a few!

I love Leadbelly, I love this song and I’m loving that Cow Cow Yicky Ye is now on repeat in my head…as I’m sure it will be for the rest of the day!! Enjoy!