SONG OF THE DAY The Aquarians – Jungle Grass 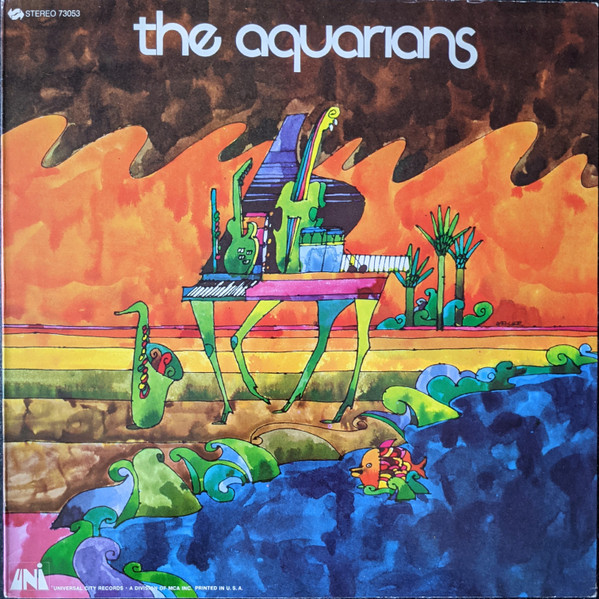 As far as chilled out music goes, this is one place I’d retreat into if I could literally be swallowed up by a song!! Listen to it! No rushing, no pressure, no stress….just laid-back coolness!!! Ahhh….please take me there!!!

In 1969, US Latin-Jazz group The Aquarians released their first and only album, which was issued on the Uni label.  As part of the strange Californian zodiac pop funk scene, the Aquarians transported astrology rock into interesting and unexplored directions. Founded by composer, arranger Vladimir Vassilieff, the Aquarians were a supergroup of talented jazz musicians. Featuring the much in-demand bassist, Stan Gilbert and Afro-Cuban percussionist Francisco Aguabella, the Aquarians blended a ‘one love’ hippie philosophy with smooth, Latin-tinged jazz.

Their sole album, Jungle Grass, has been compared to the sounds of fellow astrology rockers, Friends of Distinction (which also featured Stan Gilbert) and the 5th Dimension…but the funny thing is, the band weren’t actually that into astrology!! They were into making a sound that revolved around heavy Afro-Cuban rhythms and Brazilian Tropicalia (which can be detected in the vocals).

The album’s title track, Jungle Grass, is the song that introduced me to the band and I love the way it always straightens out the rough edges of my stressed-out mind! The Latin element gives it a nice edge and the drums…well, you may have noticed by now, I’m a sucker for all things percussive!! It’s a nice way to quieten the mind! Enjoy!!