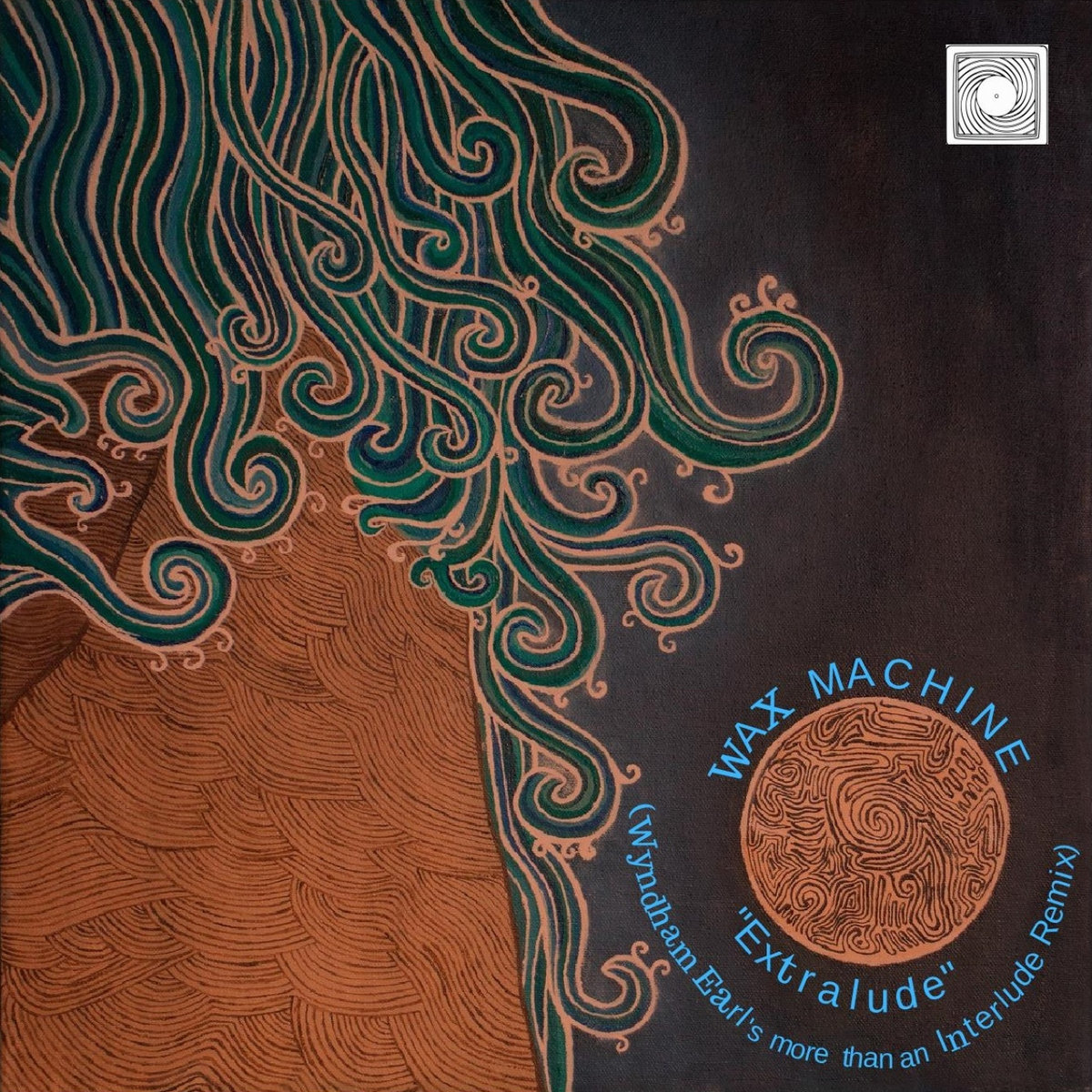 Brighton-based Wax Machine have been gaining attention for their melodic jazzy psych-rock offerings ever since they emerged in 2015. Self-releasing their mystical, psychedelic DIY creations in the early days, they have so far issued one album and few EP’s; with their latest LP, Hermit’s Offering, due for release later this summer! True to their DIY ethics, this latest album was self-produced and primarily recorded and mixed in a closet room directly above a mortuary! Boasting a “heady trip through progressive psychedelia, kitsch Italian library music and Brazilian tropicalia”, this sounds like something I’ll definitely be investigating!

In the meantime, however, I’d like to draw your attention on a release they put out a couple of years back. Issued on UK’s Time Spun Records in November 2020, Extralude (Wyndham Earl’s More Than​-​An​-​Interlude Remix) is a take on a track the band put out on their 2018 Mind Palace EP (this was called Interlude). Together with producer Wyndham Earl (who in the past has worked with Khruangbin and Bonobo) the song has been lengthened and remixed, expanding it into what has been described on their Bandcamp page as “a cross continental Psych-Funk journey”. A track of two halves, the remix “retains the 60s-vibe of the original, but reworks the flute-led Eastern-Funk flavoured groove, emphasising the head-nod factor of the original. The track suddenly ramps up a notch as the band jump into a Latin-rock version of the groove, the remix with heavy breakbeat drums breaking to a Latin-funk drum and percussion workout, climaxing with fuzz guitar joining the groove for a final ecstatic round.”

It’s a little killer beast with soft wings of summer!!! Check it out above and if you fancy grabbing yourself a copy, you can find that here.

Wax Machine will also be on tour this summer with Kikagaku Moyo – check out the dates below! :