SONG OF THE DAY Dan Hicks – I Scare Myself 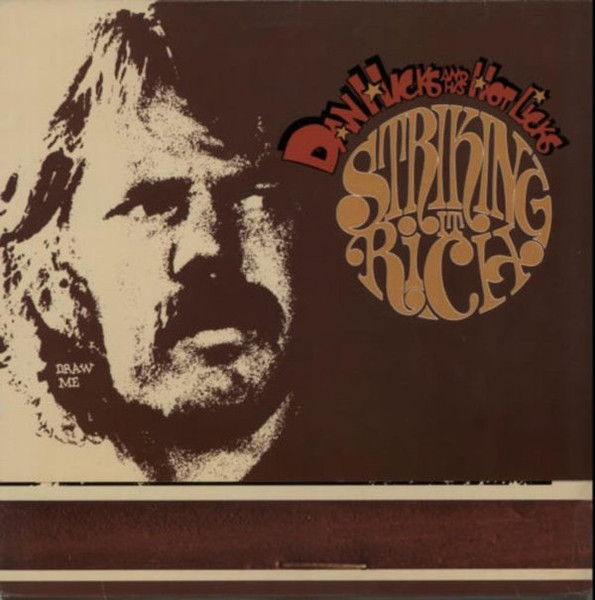 Celebrating a wealth of albums and singles over his lengthy career, his recent passing (in 2016) created many a nostalgic nod to his unusual sound.  This singer-songwriter was often known for his quirky style which combined elements of cowboy folk, jazz, contry, swing, bluegrass, pop and gypsy music!…and though I’ve got to be honest and say that a lot of this other stuff isn’t for me, this blend is still a commendable mix of sounds!

Born in Arkansas, but raised in San Francisco, Hicks first played as a drummer with the Bay area psych-rock pioneers, the Charlatans before forming his own outfit, Dan Hicks and His Hot Licks. Hicks’ new band first acted as the Charlatans’ opening act before breaking out on their own, signing with Epic Records and releasing their 1969 debut LP Original Recordings.

One of his most renowned tracks came from this debut, but it would be three years later when it appeared on his 1972 Striking It Rich album that it’s effect really took hold.  I Scare Myself showcases his vocal dynamics wonderfully and I love how his voice flips between the slight gruffness one minute and crooning howls the next.  This haunted melody marries the two forces and sets a sinuous path, upon which the magic unfurls and uncurls as it wraps you in its bewitching clutches. At the moment, this is the only track I know really so far, but I do intend to investigate more!

In 2007 David Smay (a writer for the Oxford American) wrote the following statement about Hicks and I think it sums him up perfectly:

“[T]here was a time from the ’20s through the ’40s when swing—’hot rhythm’—rippled through every form of popular music. That’s the music Dan Hicks plays, and there’s no single word for it because it wasn’t limited to any one genre. Django Reinhardt and the Mills Brothers and Spade Cooley and Hank Garland and the Boswell Sisters and Stuff Smith and Bing Crosby all swing. You can make yourself nutty trying to define what Dan Hicks is. Then again, you could just say: Dan Hicks swings…”