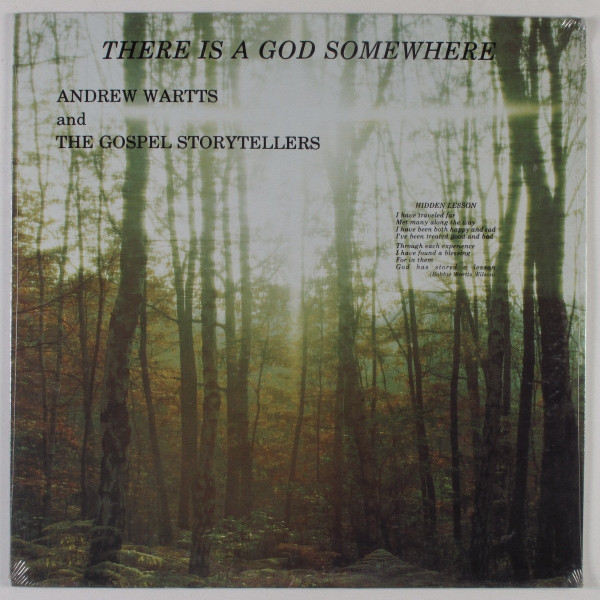 In 1982, a record label in Johnson City (and later with an additional presence in Nashville) released an album entitled There Is A God Somewhere.  Recorded by Andrew Watts and the Gospel Storytellers, this LP was issued on Champ Records and seems to be the only offering this group ever put out.

Led by Earl Wright, a US soul/funk gospel guitarist active in the mid 1970’s/early 1980’s, this album has been cited as “one of the best Gospel/Soul LP’s out there” – though I can’t endorse this statement as of yet as I need to check out all ten tracks to see if this lives up to the hype!? ☺️I have put a link the album below for your listening/curiosity pleasure, though!!

I was really surprised by the release year of today’s track and did initially wonder if 1982 was a reissue date, but it isn’t! Peter and John sounds older to me and, with its lush vocal harmonies, funky bass grooves and rhythmic flutters, it does lend itself to a sound you wouldn’t be surprised to come across in the 1960’s? I like surprises like this!!

Since its initial release, this album has had two reissues: one in 2014 on TWB Recording Company and then another three years later when Superfly Records put it out in 2017….(both, annoyingly, on limited pressings, though!).