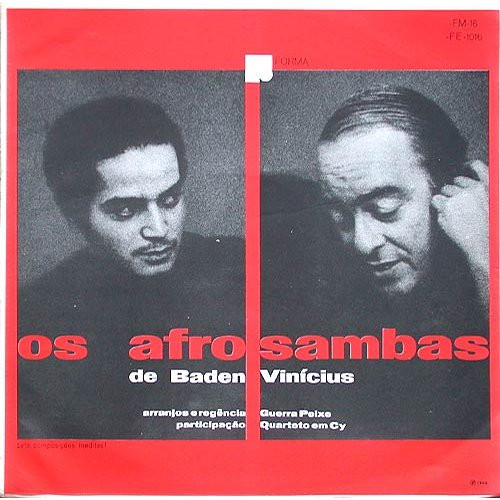 When I first heard this song earlier, the two words that sprang to mind were ethereal and otherworldly – It’s a pretty enchanting one is this!

Canto de Iemanjá is a piece of music written over 50 years ago by Brazilian guitarist, Baden Powell and poet Vinicius de Moraes. The song honours the orisha Iemanja –also spelled Yemanjá (Orisha being a deities of the Yoruba religion of West Africa). Orisha is the African goddess of the oceans and river and is one of the most important saints of the African diaspora, in Haiti, Cuba, and West Africa where she originated. Iemanja is revered in Caribbean islands wherever slaves landed. In Brazil, with its thousands of miles of Atlantic coastline and vibrant African heritage, she is celebrated in music, religious iconography, jewellery, tattoos, and other adornments.

Though there are many versions of this song, the original was performed by Vinicius De Moraes and Baden Powell on their 1966 album, Os Afro Sambas (The African Sambas). Featuring the female vocal group Quarteto Em Cy, their chants gives this piece of music the most bewitching, happy-shiver, haunting sound….its stunning!  Four years previous to the release of Os Afro Sambas, Baden was studying Gregorian chant and realised that Afro chants had similarities with Gregorian chants. It was then that he began to compose melodies based on both aspects. The result is beautiful!..this track is magic!

Aside from their collaborating, Vinicius (who was nicknamed “O Poetinha – The Little Poet) was an important figure in contemporary Brazilian music. As a poet, he wrote lyrics for a great number of songs that became all-time classics. Vinícius was a composer of Bossa Nova, a playwright, a diplomat and, as an interpreter of his own songs, he created several important albums. As a guitarist, Baden also released many popular albums on his own. Together, they were a perfect match!

I really hope you love this as much as me! I’ve copied the lyrics below and have also included a slightly longer version of this song…as well as including the whole album, should you feel compelled to listen to it. Enjoy!!