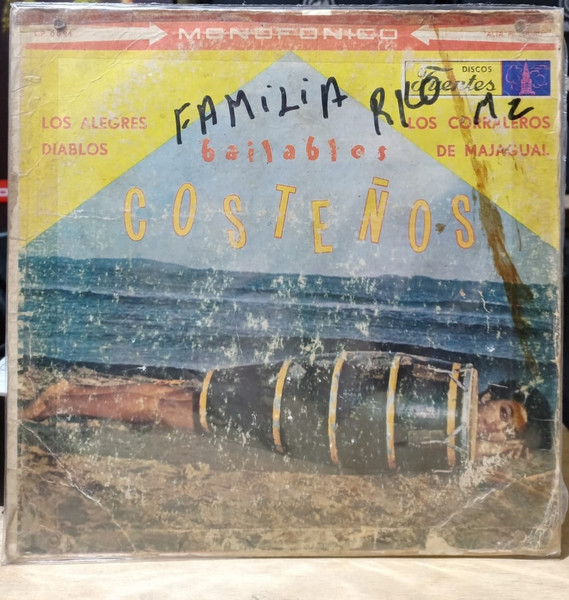 ..maybe I shouldn’t be listening to this before bed, the percussion is s0 wired, but it’s lovely!! I’ll risk a sleepless night for the delights of this rhythmic madness any day!!

Perhaps way to much for me to go into at this late hour, today’s song is performed by a band called Los Alegres Diablos (aptly translating as The Merry Devils). Active from the early 1960’s (I believe), this band adorned the world with only one LP and a handful of singles – from which today’s song opened their sole 1962 album (Bailables Costeños – translating as Coastal Dances).

As is the case with many of the songs I find, extensive details aren’t available about the band, but La Motilona, alongside 31 other sizzling tracks, appears on a fantastic Analog Africa compilation entitled Diablos Del Ritmo: The Colombian Melting Pot 1960​-​1985 (Analog Africa Nr. 12).  The details of the songs featured here are outlined in depth in the liner notes, so I have taken the liberty of copying and pasting this information for your interest..and of course I have included a link to the whole album right here. I hope you check it the record out, it’s a lovely listen, but today’s song is a good place to start! Enjoy! 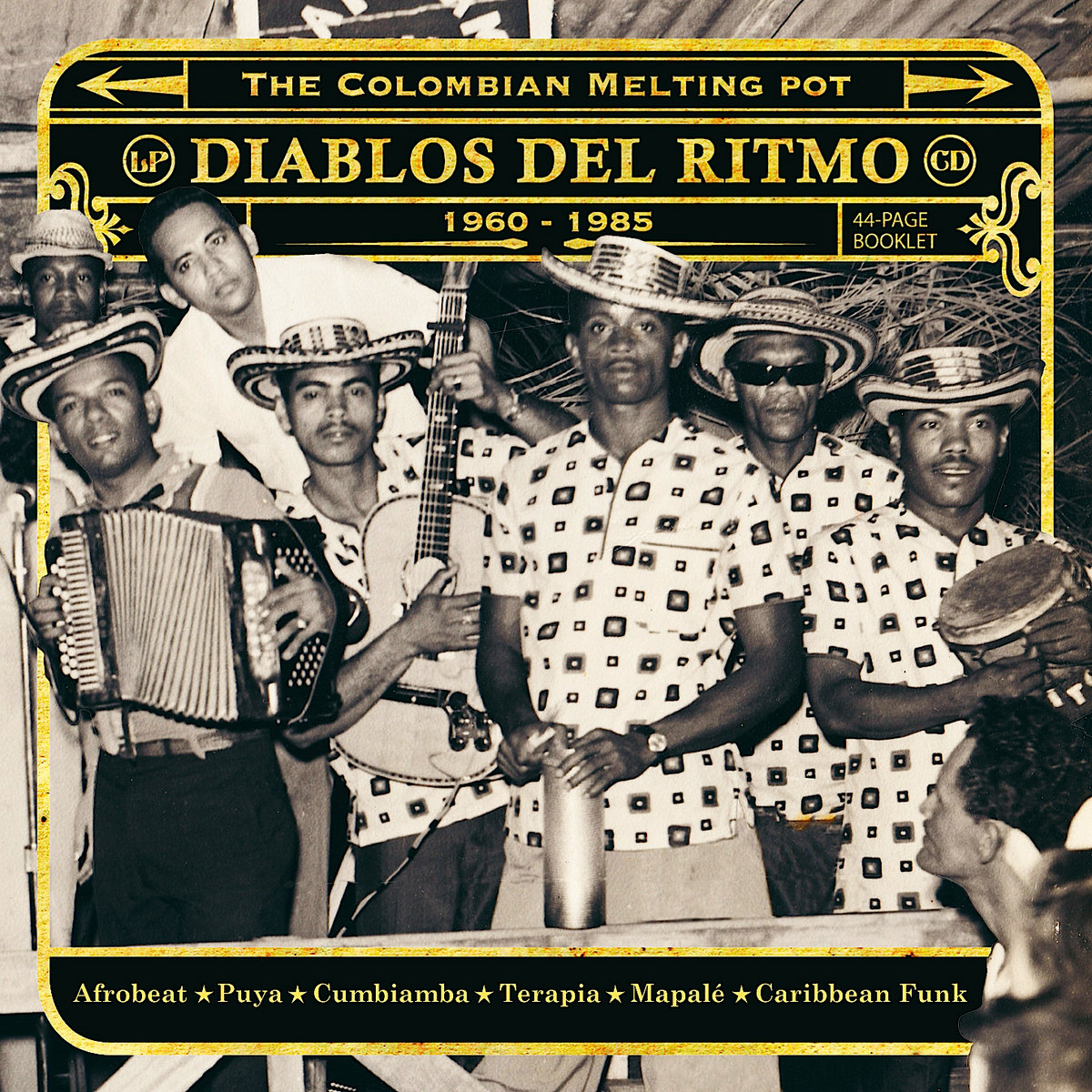 There are a number of theories as to how, in the mid-20th century, African music made its way to Colombia’s vibrant port city of Barranquilla, today’s mecca of Caribbean tropical music flled with the chaos of loud music, frenetic taxis, delicious Sancocho soup aromas and a charmingly colourful aura. Some maintain that a man named ‘Boquebaba’ remains responsible. Others claim that seafaring traders and merchants imported the frst sizeable amount of African vinyl.

An absolute certainty is that in March 2007 Analog Africa founder Samy Ben Redjeb arrived in Barranquilla, by some still considered the ‘Golden Gate of Colombia’. Unaware the impact it would have, he brought along several African records to be used as trading currency for Colombian music. Ben Redjeb’s collection allowed contemporary diehard music collectors to fnally hold their cherished records and learn the real names of many of their favourite songs, which they had heard through coastal sound systems for nearly three decades. In return, the gesture opened pathways to depths of Colombian music the likes of which he would not have encountered otherwise.

After half a decade in which seven expeditions were made to Barranquilla, Analog Africa is honoured to present ‘Diablos del Ritmo,’ an anthology of – and tribute to – the immense sound of 1970s Colombia. Thousands of records were collected, boiling down to a colourfully diverse selection of 32 tracks (available on double CD, 2 x double LP and digital format), split between Afrobeat, Afrofunk, Psychedelia-inspired rhythms on Part 1 and an array of danceable tropical rhythms on Part 2.

The pridefully celebrated occasion was once a grand stage on which record labels of the ’70s would competitively showcase their best material for the frst time to an endearing public. Competitions continue to take place these days to crown the collector with the most exclusive tracks – and some have been won in recent years with records provided by Analog Africa’s founder. This sort of exchange between African and Colombian music typifes what was happening beneath the surface in 1970s Colombia.

Colombian music in general, especially the music from the Caribbean coast, is heavily infuenced by the drums, percussion and chanting of African rhythms. Music from big players of the day – from Nigeria, Congo, Ivory Coast and Cuba – entered Barranquilla constantly. Afrobeat, Terapia and Lumbalú clashed efortlessly with the tropical sounds of Puya, Porro, Gaita, Cumbiamba, Mapelé and Chandé to create a rich amalgam of irresistible dance music while traditional styles were refned by an elite cadre of accordion players that included Alejandro Duran, Alfredo Gutierrez, Calixto Ochoa, Anibal Velasquez and Andres Landero.

Signifcantly, Colombia is home to the largest black population in the Hispanic world and second only to Brazil in Latin America. And, as such, communities of African descendants, like the Champetuos and the Cimarrones, were empowered by the thick African ether consuming the country, and stirred the musical melting pot even more. The heights Afro-Colombian music had reached by the early ’80s was nothing short of exceptional. But, none of it could have been possible without two vital engines. One was the Picó sound systems – roaming street clubs dedicated to mobilizing and spreading the rawest music of Africa, the Caribbean and the rest of the transatlantic black world. The second were forwarding-thinking producers. Discos Tropical, named after the palm tree-flled tropical character of Barranquilla, Felito Records and Machuca, amongst several other key players, governed and diversifed the psychedelic and coastal music scene of Colombia.